Jian Ghomeshi found not guilty on all charges 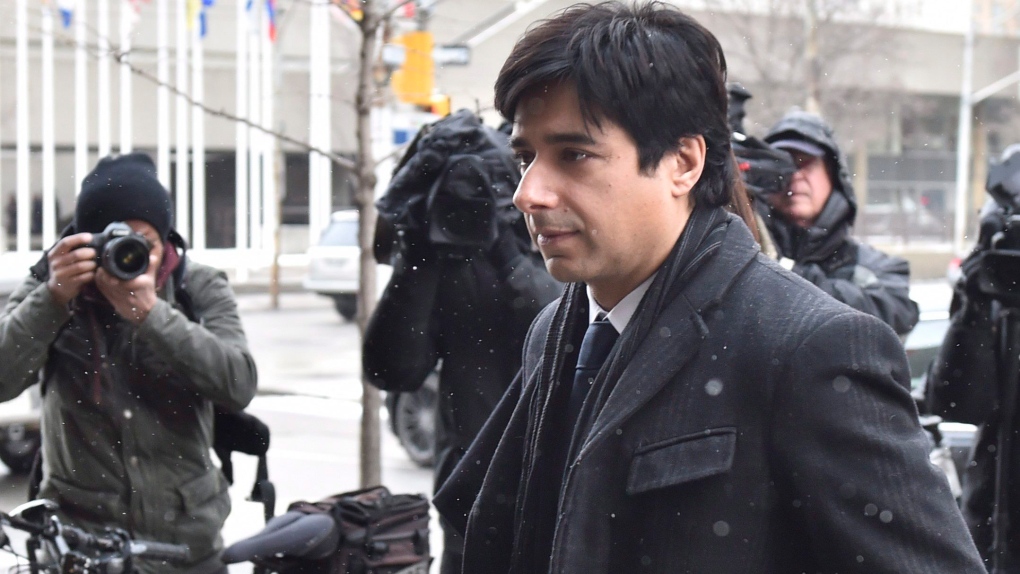 TORONTO -- Jian Ghomeshi was acquitted Thursday on all charges of sexual assault and choking following a trial that sparked an emotional nationwide debate on how the justice system treats abuse complainants as well as raucous courthouse protests over the verdict.

Justice William Horkins said he was unable to rely on the testimony from the three Ghomeshi complainants, describing their memories of alleged abuse at the hands of the former CBC broadcaster as "shifting" and suggesting their evidence at times strayed into outright lies.

All he had to go on, not unusual in sexual-assault cases, was the complainants' credibility, which Horkins denounced without mincing words.

"What is troubling is not the lack of clarity, but the shifting facts from one telling to the next," Horkins said at one point during his hour-long decision.

"In cross-examination, the value of her evidence suffered irreparable damage," he said at another point, referring to one complainant's testimony.

Horkins stressed the presumption of innocence in criminal cases is "not a favour or charity" and conviction requires proof "beyond reasonable doubt."

Nonetheless his verdict incensed some groups who predicted it would deter women from coming forward about sexual abuse.

Ghomeshi, 48, who faces a separate sexual assault trial in June, showed little emotion at the verdict, but family members and supporters broke into broad smiles. He then left the courthouse without commenting, but his sister said the ordeal had been extremely painful for the family.

"Jian is not a symbol to us, but a beloved brother and son," Jila Ghomeshi said. "Our hardest burden has been our feeling of helplessness as we have watched him endure a punishment that was not only prior to a verdict but prior to any semblance of due process for well over a year."

Dozens of women chanting, "We believe survivors!" gathered outside the courthouse in frigid conditions, denouncing the verdict and what they called the unfair treatment of victims of sexual assault by the justice system.

As prosecutor Michael Callaghan told a throng of media that the Crown would take some time to consider the judgment, a topless woman jumped in front of him yelling "Ghomeshi guilty!" Written on her back were the words: "Women find Ghomeshi guilty."

Police tackled her to the ground, handcuffed her and took her back inside the courthouse as she struggled and kicked the door.

The one-time host of the CBC radio show "Q," who did not testify, had pleaded not guilty to four counts of sexual assault and one count of overcoming resistance by choking involving three women. All three testified they were in a romantic encounter with him when he briefly turned violent in incidents dating back to 2002 and 2003.

In his ruling, Horkins took pains to stress the acquittal was not the same as saying definitively the events never happened. As is common in such cases, he said, there was "no smoking gun" and all he had to go on was the testimony of the three complainants.

However, he concluded, they lied, had been manipulative and hid pertinent information about the flirtatious and at times intimate contact they had with him following the alleged assaults. While he did not fault them for their "imperfect" memories, he stressed their "suppression" of evidence and "deceptions" under oath made it difficult to trust them.

"The act of suppression of the truth will be as damaging to their credibility as a direct lie under oath," Horkins said.

In addition, he said, the case showed the need for vigilance about the false assumption that sex-assault complainants are "always truthful."

Lawyer Jacob Jesin, who spoke for one of the complainants, read a statement on behalf of his client in which she thanked her supporters. The trial, she said, allowed her to face Ghomeshi and tell her story publicly for the first time.

"I always understood that a conviction would be difficult," she said in the statement. "The story may not have passed the high legal test for proof (but) it remains my position that the evidence of the substantive issues is truthful."

Deb Singh, who works at a Toronto rape-crisis centre, called the acquittal disappointing but not surprising.

"This is not the first time the judge has used rape myths to get perpetrators off," Singh said outside court. "The justice system in itself has not taken any real measures to create new ways of gathering evidence for the purpose of ending sexual violence in our communities."

Speaking to TV station CP24, Prime Minister Justin Trudeau said he considered the issue of violence against women "very important" and would be looking at ways to encourage victims to come forward.

"These are the kinds of discussions we need to be having as a society that values equality and respect for women," Trudeau said.

At trial, the systematic dismantling of the complainants' testimony by defence lawyer Marie Henein was often dramatic. In particular, Henein was able to produce emails and photographs that put the lie to their statements that they had no or only fleeting contact with Ghomeshi after the alleged assaults.

For example, one of them sent him friendly emails and a bikini photo -- something she never told police or prosecutors. Actress Lucy DeCoutere, the only complainant who can be named, sent him an email hours after the alleged assault to say she wanted to have sex with him, and another letter days later that ended with the words: "I love your hands."

The third complainant admitted on the stand to having deliberately misled investigators.

"(She) was clearly playing chicken with the justice system," Horkins said. "She was prepared to tell half the truth for as long as she thought she could get away with it."

CBC fired their star host as what Horkins called the "Ghomeshi scandal" began unfolding in 2014.

"We stand by our decision," a spokesman said after the verdict.