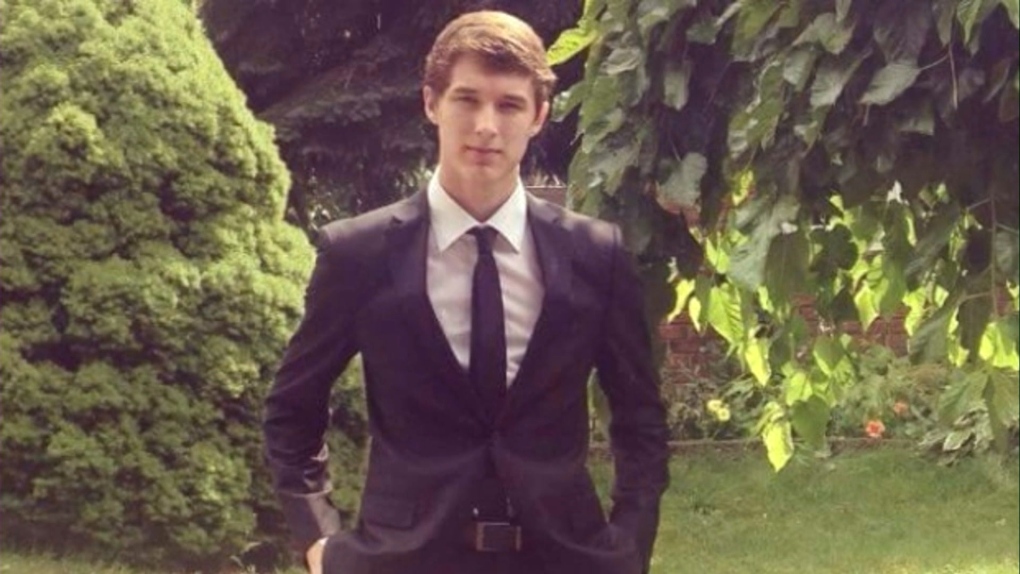 Brampton native Jeremy Cook, 18, was shot and killed after tracking down his cellphone in London, Ontario.

The family of Jeremy Cook has issued a new statement following news that a suspect in the teen's death has turned himself into London Police.

Police say that Mohamed Ibrahim Sail, 24, of Calgary turned himself in Friday evening. Sail was wanted on a Canada-wide warrant on a charge of second degree murder in connection to the shooting death of 18-year-old Cook.

Sunday evening Jeremy Cook's family released their latest statement on a GoFundMe website set up in the teen's memory.

"Once again, we would like to thank the many police departments for their dedication and hard work in quickly naming, locating and apprehending the suspects that were wanted in the death of Jeremy.

We are very lucky to have all of the love and support from friends, family as well as strangers during this devastating time in our lives.

There are so many adjectives that can be used to describe Jeremy. Intelligent, funny, responsible, thoughtful, ambitious and loving are just a few. He was a child that every parent dreams of having in their life.

Jeremy was destined for success and he was not afraid to commit to the hard work required in order to achieve it. We have no doubt that he would have helped so many along his journey.

Jeremy did not deserve to have his life taken as it was. He deserved all of the wonderful things that life had to offer. A bright light has gone out in our lives and heaven has gained an angel. We miss and love you Jer....

While we understand that this will be a long process, we are committed to finding JUSTICE FOR JEREMY."

This is the second such statement made by the family. The first came following news that an another suspect, Muhab Sultan, had died in Ottawa.

On June 19th, investigators issued a nationwide warrant for Sultan on a charge of second degree murder. Six days later, Sultan drowned in the Rideau River while running from Ottawa police following an incident involving two officers on bicycles.

Cook was shot and killed on June 14, after tracking his lost cellphone to a vehicle in the Huron Street and Highbury Avenue area.

He had recently come to London from Brampton to study carpentry at Fanshawe College.