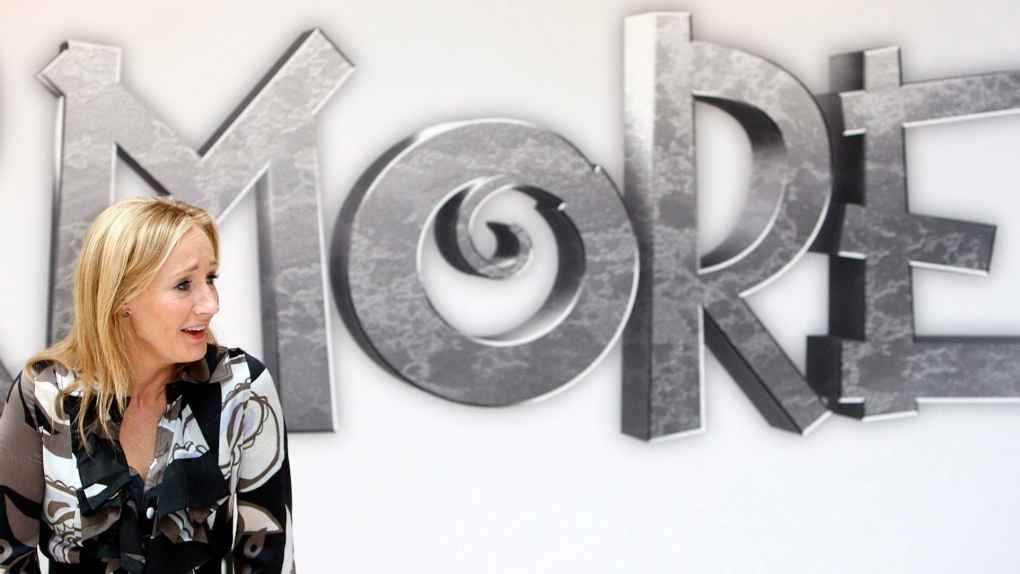 British author J.K. Rowling reacts as she poses for photographers during a photo call for her new website project Pottermore at the Victoria and Albert Museum in London, Thursday, June 23, 2011. (AP / Akira Suemori)

LONDON - Harry Potter is back -- mysterious, married, and going grey.

J.K. Rowling has given fans a glimpse of the grown-up boy wizard in a new story posted Tuesday on her Pottermore website.

The 1,500-word story describes Harry, now 34, attending the Quidditch World Cup with his old friends Ron and Hermione and their children.

Harry has "threads of silver" in his hair and a mysterious cut on his cheekbone, while Ron Weasley's red hair "appears to be thinning slightly."

The final Potter novel, "Harry Potter and the Deathly Hallows," was published in 2007, and Rowling has said she will not write another installment. But she has produced Potter-related material, including spin-off story collection "The Tales of Beedle the Bard."