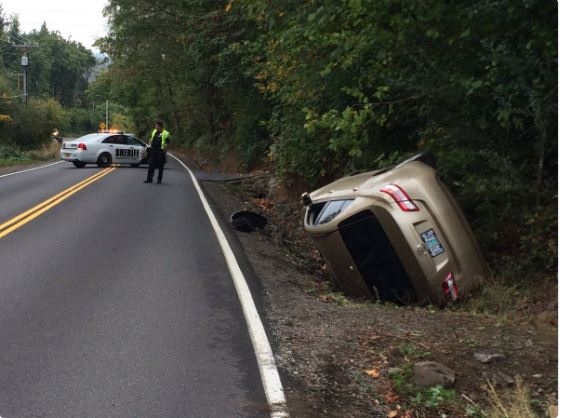 An arachnid hitching a ride in a woman's car, scared her and caused a rollover crash in Oregon.

The spider dropped down from a rearview mirror, causing her to lose control and flipping her car Wednesday in Portland.

The driver wasn't seriously injured, she only suffered a small scratch on her hand.

Spider season in full swing.Driver not injured after crash when spider drops from mirror on NW Thompson Rd today.BR pic.twitter.com/oV3woHyv9Z