It is day three of cleanup at Stan's Marina on Kettle Creek in Port Stanley, Ont.

Owner Dave McNiece and community volunteers had rags, and water buckets as they continued to wipe down the mud and salvageable inventory in the aftermath of a flood.

On Thursday, Feb. 17 an ice jam let loose and a wave of water came over the creek's walls flowing into the marina.

"We were actually outside when it started and that sound was like a freight train," says Barbara Kelly, McNice's friend who was helping with the cleanup.

"It was coming in through the floor and through the doors. Within ten minutes it was between three and three-and-a-half feet high, up to my waist.” 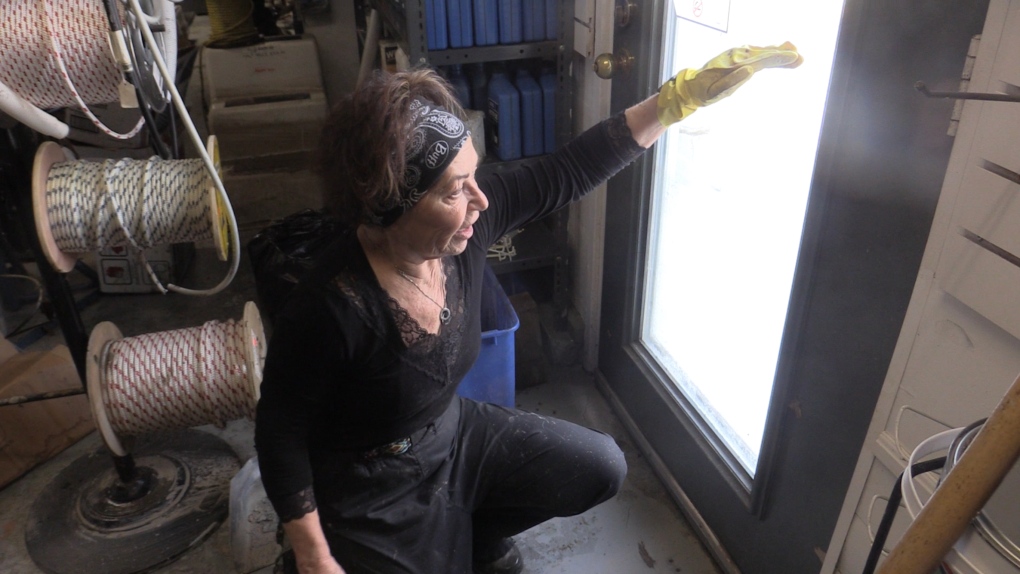 Barbara Kelly shows how high the water was inside Stan's Marina after a Feb 17, 2022 flood caused caused tens of thousands of dollars in damage in Port Stanley, Ont. on Sunday, Feb. 20, 2022. (Brent Lale/CTV London)

The water is gone both inside and outside. That's a relief as the parking lot had close to four feet of water at its highest point.

As the temperature dropped the past few days, now the exterior is covered with solid ice.

This is the second time in three years, this has happened to the marina.

"The insurance company won't touch anything outside, and I've got some outside building damage. There was one natural gas line that sheared off on the ice on the side of the building.” 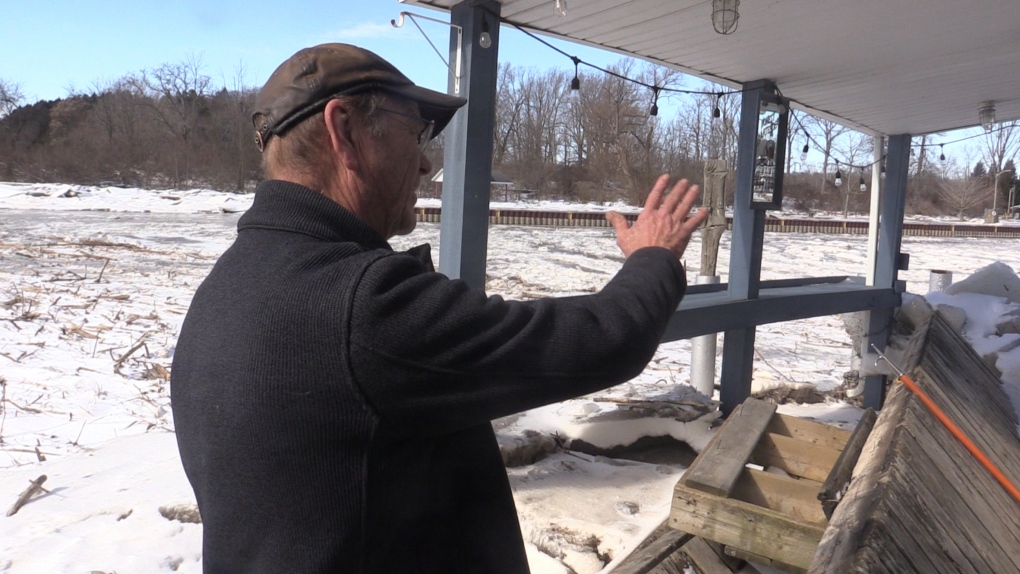 Stan's Marina owner Dave McNiece points to where the outside of his marina suffered serious damage from a flood on Feb. 17 pictured in Port Stanley, Ont. on Sunday, Feb. 20, 2022. (Brent Lale/CTV London)

Due to the high costs associated with this flood, McNiece's friend started an online fundraiser.

"It's nice to see the community come together and Dave's got a lot of support in this area," says Michelle Graham, who started the fundraiser.

"Whether it's financially or physically with people showing up to help. We knew that there was going to be a lot of loss for him and the response has been amazing.”

With elbow grease and community help, they'll clean and raise up their inventory to higher levels in case this happens again.

With temperatures predicted to rise over the next couple of days. There's a real concern that early this week could see another flood. 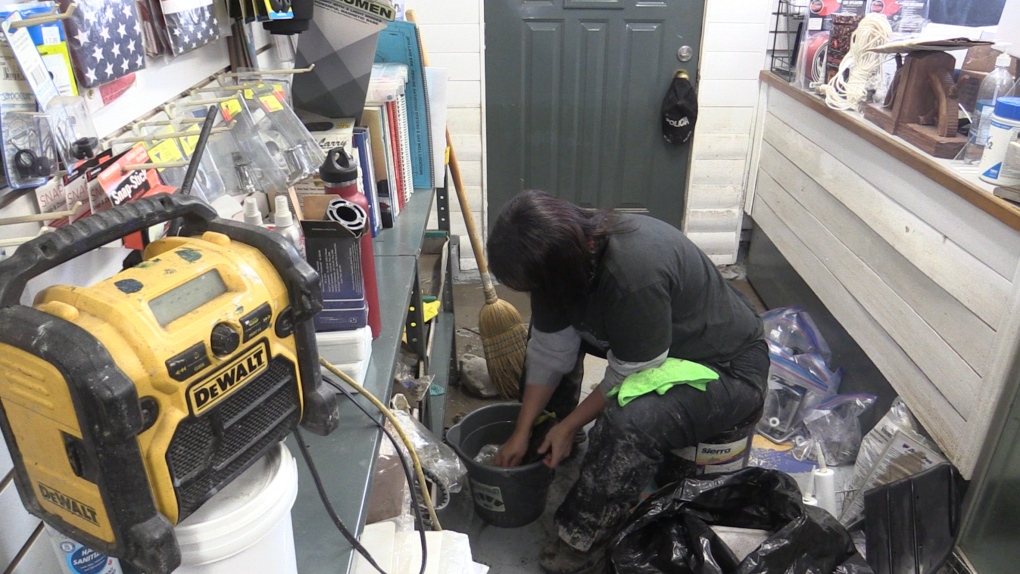 "It all depends on how much rain we get and how long it is warm," says Jennifer Dow, water conservation supervisor at Kettle Creek Conservation Authority.

"What we would like to see is a long-slow thaw, with not much rain, if we get that thaw it should move easily.”

The damage is frustrating for McNiece as spring inventory was starting to arrive. They were also about a month away from getting the docks in.

Now, all they can do is hope that they can escape any potential issues over the next week.

"Welcome to life on the river," says McNiece. "It's unfortunate, but you've got to try and just make the best of it.” 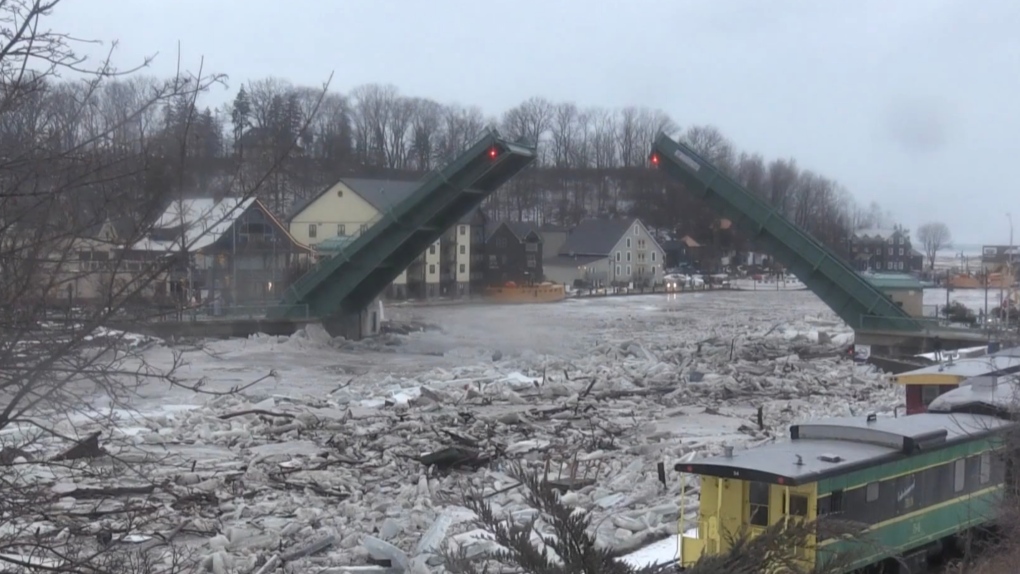