'It’s my main way between St. Thomas and London': Sunset Drive to be closed for construction until November

'It’s my main way between St. Thomas and London': Sunset Drive to be closed for construction until November

Commuters heading from London to Port Stanley are about to take a detour.

“It’s a big headache, you betcha”, said June Cooper who lives on Sunset Drive, which is about to closed until November.

Beginning Monday, Sunset Drive south of the Gateway Roundabout to Stanley Street will be closed for construction.

“It shuts down everything, and this is my main highway to get to and from London,” said Jeremy Currie who commutes daily via Sunset Drive.

The City of St. Thomas postponed the closure until after the Canada Day long weekend, but beginning next week the road will be shutdown to remove concrete, install water mains and sanitary sewers, and build two new sewage pumping stations. 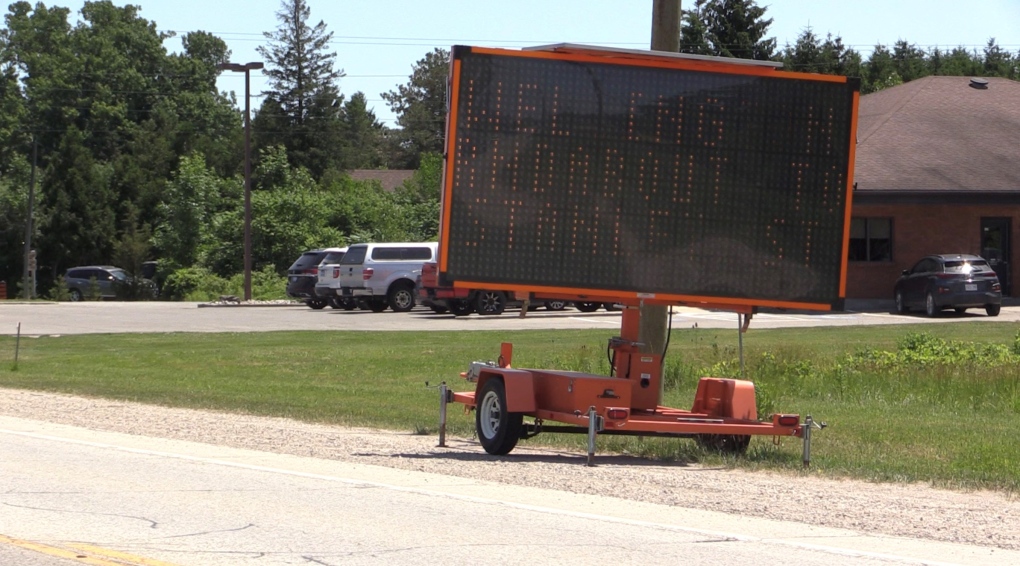 The City of St. Thomas has posted signage at both ends of the road closure and say the detour will be easy to navigate for those who have only ever travelled Sunset Drive. (Brent Lale/CTV News London)
“The infrastructure work supports future growth in this city,” said Nathan Bokma, the project’s manager. “It's the route that it needs to go and as much as it is tourism season, it is construction season as well. It's the time that we have to do it.”

Advanced warning signs will detour drivers west on Highway 3 to John Wise Line and back to Sunset. If you miss that turn, you will end up going through the city of St. Thomas to Wilson Ave. and then back to Sunset.

Google Maps shows that it adds only an additional one to three minutes to your commute.

The minor inconvenience is good news for businesses in Port Stanley which have been hurt by various factors over the past few years.

“There's no ideal time to be doing any kind of construction,” said Dustin Allen, chair of the Port Stanley Business Improvement Area.

“It’s something that has to be done. Hopefully getting the information out to everybody helps so that if they're coming down to the theatre, coming down for dinner, or coming down to the beach they know we are all still here, and it’s just going to take a bit longer,” he added. 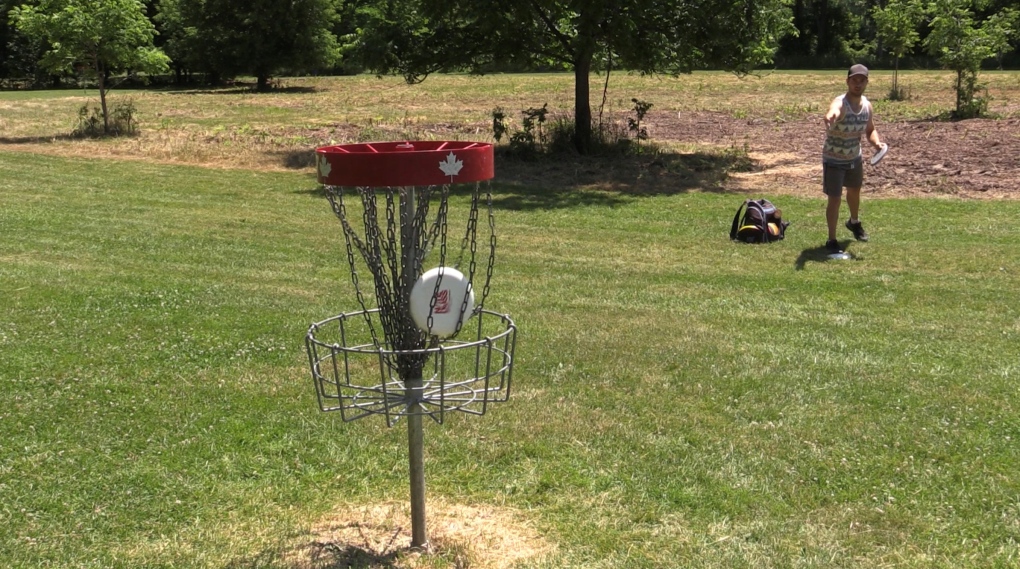 Cole Redmond makes a putt on the VA Barrie Disc Golf Course. The course will remain open but golfers will have to enter through the south end of the construction. (Brent Lale/ CTV News London)
The city said despite the road closure, those who play disc Golf at VA Barrie Park will be able to access the course. They will enter the south end of the construction through the local traffic zone and will park along the road.

“It’s a bit of an inconvenience when there is going to be a different entry point,” said Cole Redmond, a disc golfer. “Most likely, you can still play if you really want to, and there's another course in town, but I'll probably try to sneak away in here a few times."

For those who have never detoured off Sunset, and always take the easy way to Port Stanley, Bokma said there should be no worries.

“It should be pretty simple, and we have lots of signage out in place,” Bokma added.

A project overview, details of the study and project contacts can all be found on the City of St. Thomas website.

RCMP's use of spyware tools under scrutiny at parliamentary committee

Canada's privacy commissioner says the belated disclosure that RCMP has for years been using spyware capable of accessing cell phone and computer microphones, cameras and other data as part of major investigations, is a clear example of why Canada's Privacy Act needs updating.

Saskatoon woman who had been reported missing facing charges in U.S., Canada

CRA says it has $1.4 billion in uncashed cheques sitting in its coffers

What is a 'zombie fire?' Experts explain the cause and concerns

Authorities in the Northwest Territories are monitoring a large 'zombie fire' that flared back up following last wildfire season after smouldering underground during the winter months.

No damage reported after 4.6 magnitude earthquake off Vancouver Island

A 4.6 magnitude earthquake has struck off the coast of Vancouver Island.

Housing correction in Toronto could end up becoming 'one of the deepest of the past half a century,' RBC warns

A housing correction which has already led to four consecutive months of price declines in the previously overheated Greater Toronto Area market could end up becoming 'one of the deepest of the past half a century,' a new report from RBC warns.

For millennial and gen Z Canadians, owning a home in this real estate market might seem like a pipe dream. In an exclusive column for CTVNews,ca personal finance contributor Christopher Liew offers some strategies to consider if you can’t afford the housing market yet.

Alberta Health Services has issued an enforcement order against a Banff home after an inspection discovered that as many as 42 people were staying inside the property, saying the maximum number of occupants of the facility 'was exceeded.'