Sitting on a couch perched up on their roof, a house full of Western University students are preparing for Saturday’s homecoming festivities.

“It’s likely going to be a pretty big party,” says Tristan Campbell, who lives on the notorious Broughdale Avenue in London, Ont.

“I mean, it always is a pretty big event. It's fun, fun time of year, and it's honestly like Western’s Christmas,” he adds.

A year ago, the London Police Service (LPS) came early and shut down both Broughdale and side street Audrey Avenue. However, once the rain stopped, partygoers moved to Huron Street.

“At the very least these people are going to try to come here first,” says Tim Cannon from his porch on Broughdale Avenue. “It's going to depend on what the cops are doing, right? I know last year, they came here and shut it all down but then we just moved to the next street over, so we'll see what happens.”

During the 2021 Homecoming, over a 10 hour span from 5:00 p.m. to 3:00 a.m. Middlesex-London Paramedic Service (MLPS) reported 68 calls for paramedics, which saw 30 people transported to hospital — six of those with serious or critical injuries. 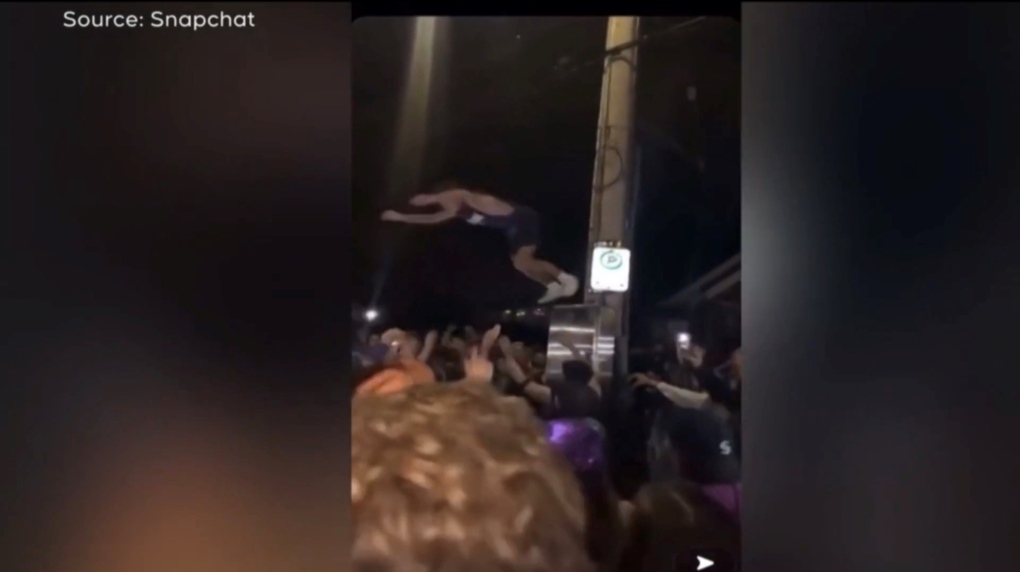 Homecoming 2021 in London, Ont. got wild after dark with thousands of people filling Huron Street, and a number of videos surfaced of students jumping from telephone poles into the crowd (Source: Snapchat)

“Over the last few years Middlesex-London Paramedic Service has worked with allied emergency services and community partners to support the health and safety of the student community throughout homecoming festivities,” says MLPS in a statement.

“As we strive to provide the best emergency medical care and support for the Middlesex-London community, we encourage all students celebrating Homecoming this weekend to celebrate responsibly and to take care of each other,” the statement adds.

London police also issued a number of fines and later revealed taxpayers were on the hook for more than $256,000 in overtime policing costs.

“We've staffed up and police will be in full force there,” says Miriam Hamou, a London city councillor who is overseeing her first Homecoming in Ward 6. “We're going to have EMS, we're going to have all of the different services available for students in case there are any issues.”

Hamou has been talking to students, homeowners and staff in preparation for Saturday.

“We have this whole amazing operational plan ready, and this year, we're focusing on harm reduction,” says Hamou. “We're hoping that the students stay safe but also stay clean. Make sure you don't throw garbage everywhere. Treat the city like your own, and make sure that you have fun time but stay safe. That's the bottom line for me.”

Over the past few years, the City of London has been working alongside community partners to prepare for this weekend with a focus on safety, wellbeing of the students and the community.

“Our hope is that all students enjoy the upcoming Homecoming festivities and celebrate responsibly, in the event there is a large unsanctioned gathering, multiple community agencies are prepared to respond collaboratively, as safety is a top priority,” says Paul Ladouceur, London’s director of emergency management and security services.

Ladouceur adds, “We encourage all students in our community to take care this coming weekend — of themselves, of each other, of their campuses and of our community.”

Western is part of the collaborative Unsanctioned Street Party Task Force and are encouraging all students to be responsible. 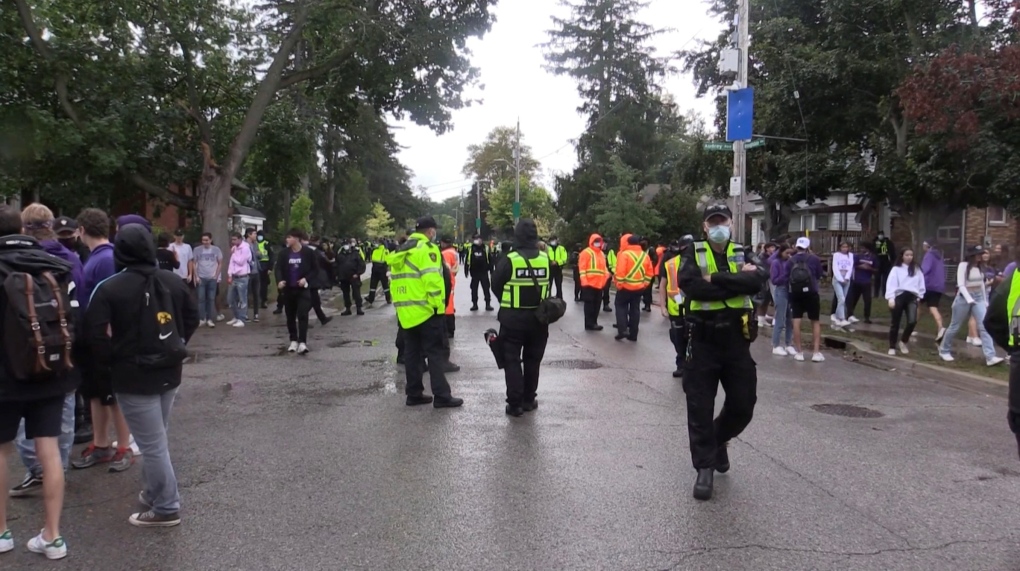 “We hope that students choose to join with the rest of the Western community to participate in some of our Homecoming events like the student pancake breakfast, football game and student fan festival,” says John Doerksen, student vice-provost at Western.

He adds, “It is every student’s responsibility to uphold Western’s community values and work together to promote a safe environment. The university will have teams in place across campus to provide for safety and security at Western during Homecoming weekend. This includes available resources for students at care hubs located on campus along with physical and mental health support through our health and wellness team.”

Back on Broughdale Avenue, resident Daniel Morrison says they plan on partying, but also trying to avoid any liability by keeping partygoers off their property.

“We're bracing by locking our doors and making sure no one's inside,” says Morrison. “Even in the last couple of weeks, we’ve had first-year students coming around trying to get inside. We're just trying our best to keep everyone away and just have fun on the street.”

“I hear people complaining about the kids but stop complaining and let them be kids,” says Hagistfanou, who says the students are key to the city’s economy.