'It's going to be chaos': Port Stanley, Ont. business owner looks ahead to warm long weekend

PORT STANLEY, ONT. -- One look at the beach in Port Stanley, Ont. and you wouldn't know it is against the provincial Reopening Ontario Act (ROA) to sit down and soak up the sun.

"I'm fully aware that there are hundreds of people on the beach," says Sally Martyn, mayor of Central Elgin. "The beaches are open for recreation but not for sitting and sunbathing picnicking."

For their own safety and based on previous interactions with beach-goers, bylaw officers have been told not to enforce the ROA.

"It's not fair to the bylaw officers to try and enforce that," says Martyn. "They can educate people and they will continue to do so."

After a meeting of the Central Elgin Control Group Wednesday, they came up with the decision to stay with the status quo and encourage people to stay home.

They have placed signs on Sunset Drive and Highbury Avenue telling visitors to 'stay home.'

"All the parking lots will be closed, the boat launch will be closed. It's a stay-at-home order. The beach is open for walking and we will have bylaw and parks and rec people to keep people moving. The OPP will be there too but there won't be much parking," Martyn adds. 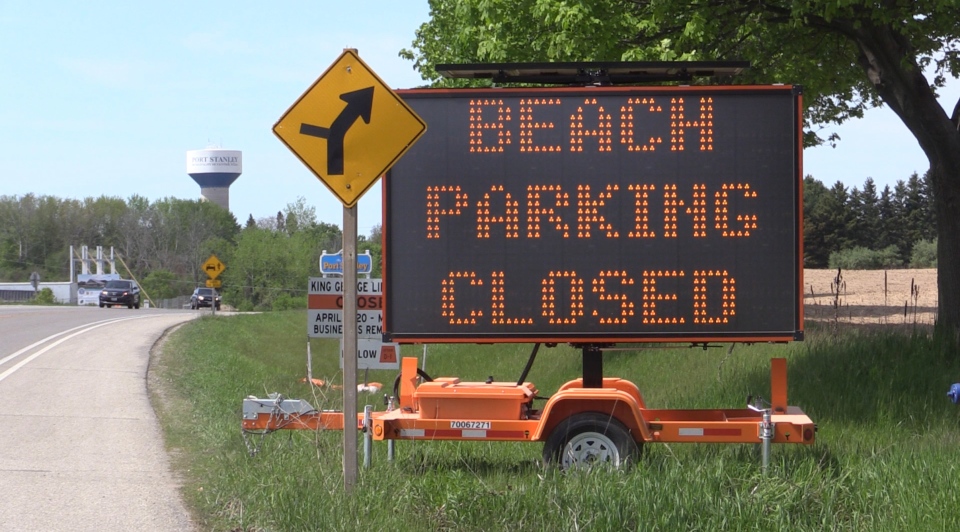 That decision doesn't sit well with business owners in the seasonal beach village.

"We've had the double-whammy for a year," says Carol Gates, owner of GT's on the Beach.

"Only about once in every 10 years is the Victoria Day weekend beautiful weather and this of course happens to be one. We've had our bridge closed for a year and every business in this village has been destroyed by this pandemic, and to miss a glorious May 24 weekend hurts."

Gates says whether council encourages people to stay home or not, people are coming. And with nowhere to park, she describes what is coming as 'chaos.'

"Last night was gridlock on a Tuesday night and it wasn't a long weekend," says Gates.

"They are coming and I'm scared there might be an emergency and emergency services won't be able to get in. The public will take over the private lots, they'll take over the street parking. Everyone will have a decision whether to turn around and go home, or park wherever they can."

That includes side streets near the beach like Maud and Bessie.

Jennifer Reid was sitting on her front porch on Maud Street Wednesday, and is expecting parking overflow to end up illegally in front of her cottage.

"I will probably have to park halfway between my driveway and my own lawn just so I don't get blocked in," says Reid, who constantly sees people parking wherever they can despite the no-parking signage on her street. 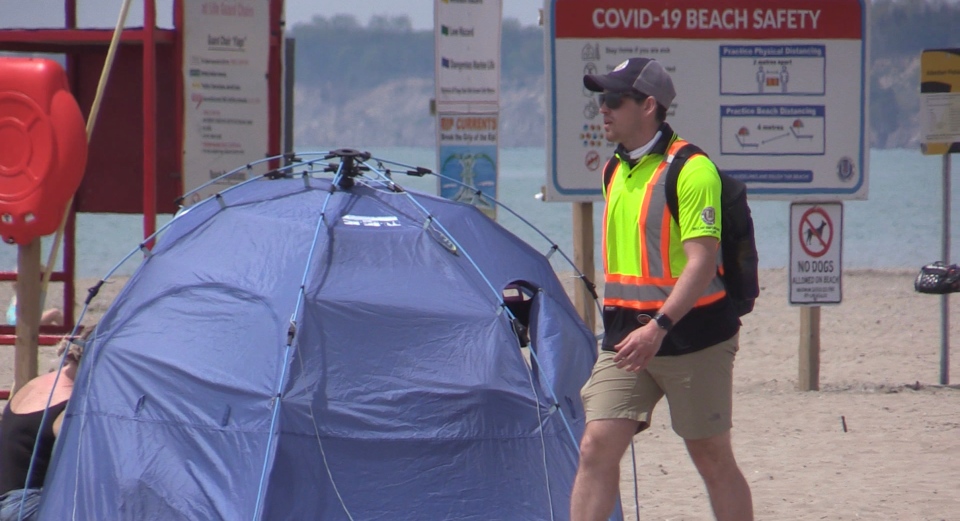 Bylaw officers say it is up to a $40 ticket to park illegally, but residents say that hasn't stopped people since the municipal lots have been blocked with cement barriers.

Martyn says all beaches in Elgin County will discourage visitors on the long weekend, "I'm not going down, I'll tell you that," she says.

"I won't drive down there because it will be so crowded. I would just hope people think twice about going down there because it's not going to be a good time to go to the beach at Port Stanley. The roads are a gridlock system, all on their own, because there is one basic road out of the town that makes it very difficult."

It's been 10 years since an incident in Port Stanley where traffic came to a halt for hours. However that was when the bridge was functioning, and there wasn't a three-way stop at William Street and Edith Cavell Boulevard.

New traffic signs should help keep the traffic flowing if cars are looking for parking.

Gates says judging by what she has seen the past few days, no order or signage is going to stop people from coming to the beach.

"I know we are in a stay-at-home order but I'm literally begging the municipality to change their mind for the safety of everyone in this village."

Amid growing concern, late Wednesday Gates made the difficult decision to close her business for the weekend.