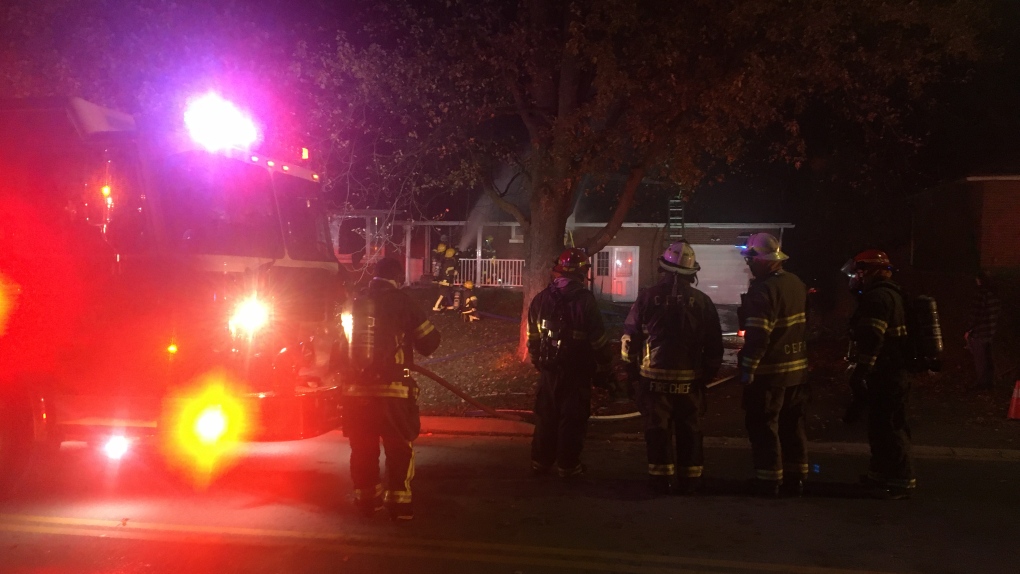 CENTRAL ELGIN, ONT -- A Central Elgin home on the outskirts of St. Thomas was destroyed by fire late Sunday night.

“We received a call from dispatch that there was a fire at 170 Centennial Ave. and when we arrived it was already through the roof,” says Central Elgin Fire Chief Chris McDonough.

“They started an offensive attack and couldn’t get inside, so they went from the exterior through the gables. It travelled through into the garage, they managed to knock it down, but it’s a total loss for sure.”

Crews from Yarmouth and Union stations battled the blaze for over an hour, using chainsaws to cut open parts of the roof where the fire was still burning.

“It was difficult because it was in the attic area and the guys couldn’t find it at first,” added McDonough.

“They got push back a little, once we got in the roof we could see we had a pretty extensive fire in the roof area.”

The homeowner managed to get out safely, and told the fire department that he isn’t sure how it started.

McDonough said it was too early to know a cause or damage estimate.

“Our guys did an excellent job containing the fire. It’s unfortunate it’s a total loss but we did the best we could.”