'It's a horrible disease'; Londoners walk to raise funds for ALS support and research

Over the past two months, Lou Gehrig's Disease has taken two people close to Erin Fickling.

On May 3, 2021, her mother Joan Sinclair passed away from ALS, while just a month earlier her friend Mario Vella passed away after a battle of more than two decades.

Sunday morning, Fickling and her 'Team Forget Me Not' were taking part in the Walk to End ALS in London, Ont.

"It's a horrible disease," says Fickling.

"It just slowly takes away your abilities to function and your independence, where you become slowly relying on everyone else to do everything for you. It's a physical and mental battle for the people that are afflicted".

The progressive neurological disorder which results in weakened muscles and deformity is rare. Less than 100 people have the disease in SW Ontario.

Her mother was diagnosed three years ago at the end of 2018, and like many others with ALS, lived for under three years. 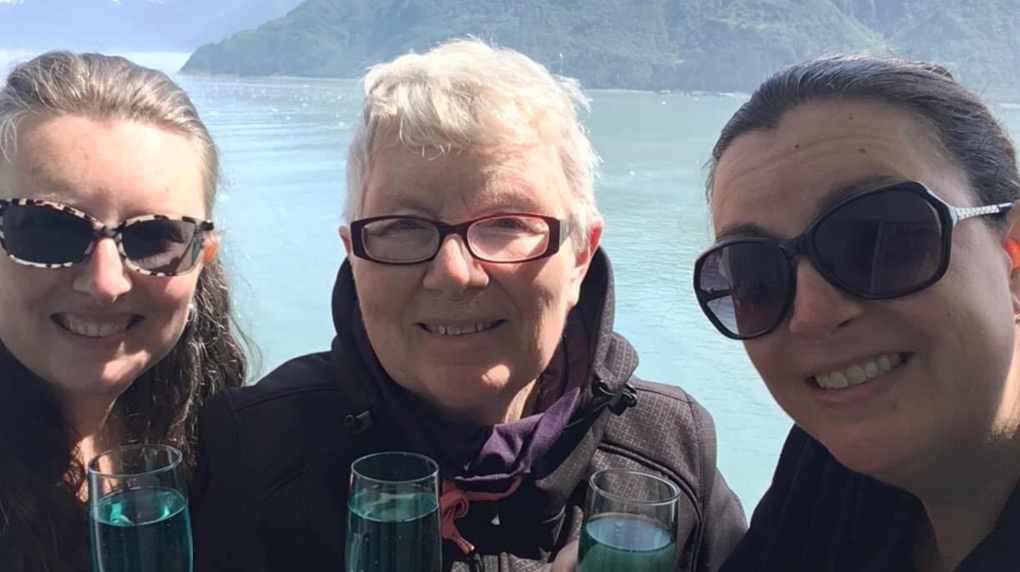 Erin Fickling (R) and her sister Heather Sinclair (L) lost their mother Joan Sinclair (Centre) to ALS on May 3, 2021

"We made the best of it and we took her on a trip to Alaska as a wish trip," says Fickling.

"Even to the end she was doing really well considering with the disease. She was still able to talk a little bit at the end and texting to communicate so at least we were able to have that".

In a typical non-pandemic year, the London walk would be one of the biggest in the country. This year they had 79 participants, and even going virtual, it was a success.

"I'm really excited for the London area because they have surpassed $80,000 raised," says Sheila Dorsch, regional manager for ALS Canada.

"In Ontario we have surpassed $1.3 million raised for community services as well as research".

This month Awareness for ALS was heightened by Major League Baseball, the CN Tower being lit purple, and Niagara Falls recognizing the disease by adding colour for the first time.

With no cure, funds raised will go toward research which will hopefully improve quality of life.

"We can always hope, and I feel that events like this will bring more awareness. We are a donor funded health charities so we rely solely on the generous donations from the community. The money goes to community support as well as the best Canadian research that we can get".

Well-known Londoner Mario Vella was a staple at the local walk. This is the first one since one of Canada's longest ALS survivors passed away in early May. The normal life expectancy for a person with ALS is 2-3 years, but Vella defied the odds living for more than 25. 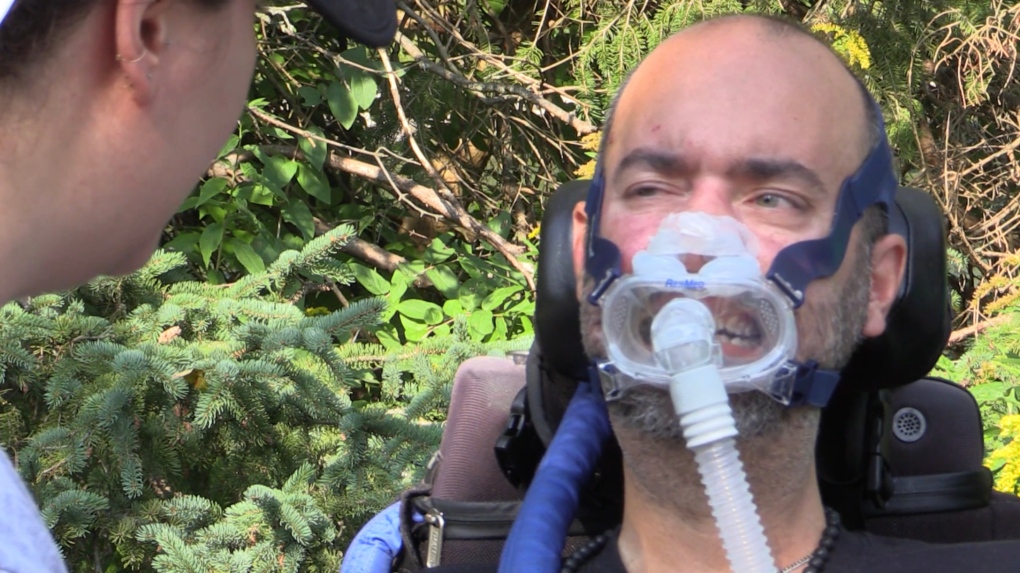 "I met Mario at Forest City Community Church (FCCC) and I was drawn to him as he was just an amazing inspiration of a person," says Fickling.

"He was always checking in on me and my mom to see how we're doing and offering advice. It was definitely a tragic moment when he was gone, but we are walking here at beautiful Springbank Park in his memory. He loved to spend time here and go with his 'angels' (the term he used for his PSW's).

Next month the FCCC in Lambeth will hold another bottle drive in honour Vella. Proceeds will go towards a memorial Bench at Springbank Park, one of his favourite places to visit.

More than half of Canadians work despite feeling unwell, at least one day a week: report

A new report has found that more than half of Canadian employees report working while feeling unwell at least once a week, a trend experts at LifeWorks say is contributing to productivity loss in the workplace and a decline in employees' mental health.