'It might be too late': OEV business owner begs for solutions to chronic break-ins

LONDON, ONT --  For the second time in a week an Old East Village store owner is coping with a break-in.

It’s the fourth in recent months at his store and part of a rash of business break-ins in the area.

“Our business can’t stand to have windows broken every other night, which seems to keep happening,” Lyndon Horsfall tells CTV News.

Agreeing to the Sunday morning interview, he admitted exhaustion at responding to yet another middle-of-the-night crime at the Mystic Bookshop. He and his wife own the store located near the intersection of Dundas and Adelaide, within sight of the police station.

It was 4 a.m. Sunday when a suspect busted in. 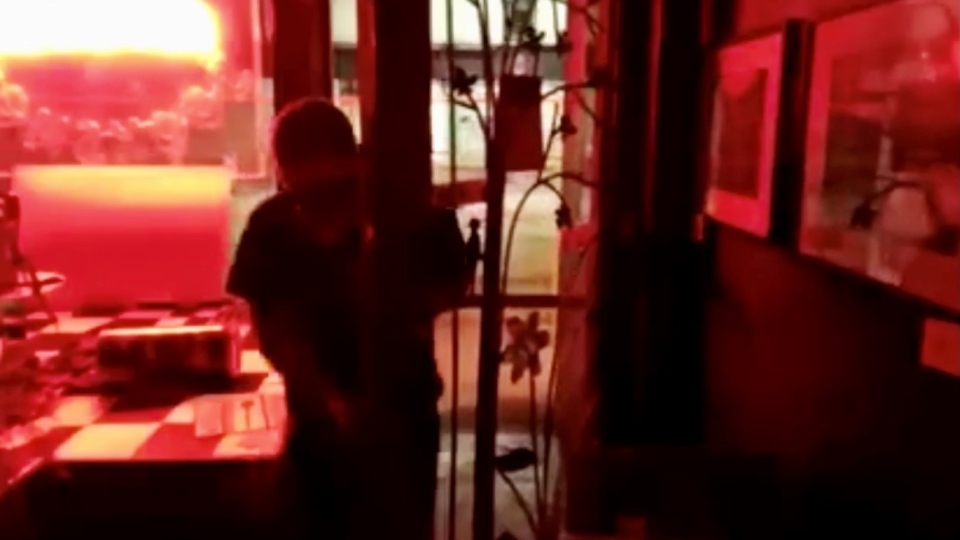 Within seconds he’d smashed a security camera indicating he knew where it was located.

The same camera caught a figure looking through the windows at 11:30 p.m. Saturday.

Police were called even though the video is a repeat of earlier crimes at the bookshop and other businesses.

Horsfall says the seemingly unstoppable smash and grabs have an emotional toll.

“One of the worst feelings in the world is when your wife, or your partner, is sobbing and crying wondering why they do what they do, and you have to hold them. And, you know it’s tough.”

And while there are novels in the Mystic Bookshop about witchcraft, Horsfall is passing on casting a spell and turning again to the city for help.

Ward Councillor Jesse Helmer, who in March spoke of sympathy with business owners in the area, promised Sunday the city is responding.

Via text, Helmer stated a clean-up team is active to assist business owners, while city staff have been trained to help keep eyes on the street.

It comes at a time Dundas East is undergoing major road construction.

The municipal effort although welcomed by Horsfall isn’t enough.

So, on occasion, he rolls out of bed and catches a few hours of sleep inside his store while keeping watch at night.

Although supportive of police officers, in general, he says he’s made interesting observation during those nights

Yet, Helmers counters by commenting it is his understanding that London Police have increased foot patrols over the past couple of months.

Horsfall welcomes the move. But to increase security further he is working with his landlord to push through approvals to install metal shutters he can drop over his storefront at night.

But if the city won't approve them, Horsfall says he and his wife may be at a crossroads with their business a 30-year staple in Old East.

“We’re not gonna leave, but every time it happens you do think is this the last straw.”