'It is my mission': 800 swabs taken for toddler in need of stem cell match One-year-old Savannah Hill, who is in need of a stem-cell transplant, is seen in this family photo.

It was three months ago that Savannah Hill was diagnosed with childhood leukemia.

Originally from Burlington the family has been at Children’s Hospital in London for the past several months.

Over the weekend a stem cell drive was set up in Windsor, where the family also has connections, and in London, in the hopes of finding that perfect match in order to save Savannah’s life.

“We had 800 swabs taken this weekend and a giant mailing list for kits to be delivered to door steps,” said Savannah’s dad Lawrence Hill in an email to CTV News.

“While we have the community’s attention I want to do as much as I can to fulfil the dream of saving my child’s life as well as others. It is my mission.” 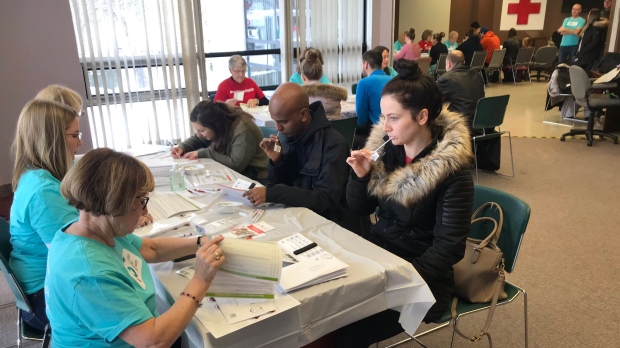 Hill says that they have been connected by people across Canada and the U.S.

Savannah still needs that perfect match and drives like the ones over the weekend are critical for finding that match.

Hill says he plans on organizing up 30 more province-wide drives, including 14 in February.