'It chokes me up': OPP collect hundreds of birthday cards for 11-year-old Ontario girl battling cancer 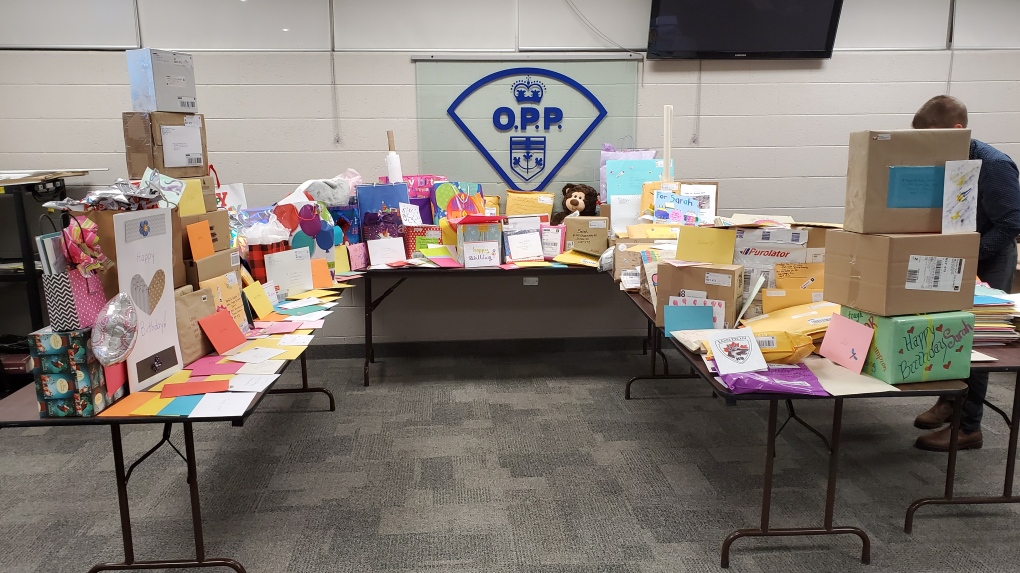 Hundreds of cards and gifts were sent to the OPP for Sarah Hamby, 11, who is battling cancer for the fifth time. (Supplied by OPP)

LONDON, ONT -- The OPP put out the call and you answered. Hundreds of birthday cards have been collected by Ontario Provincial Police for 11-year-old Sarah Hamby of Beeton, Ont.

Sarah is battling cancer for the fifth time in her young life and all she wanted for her birthday this year was cards.

When Const. Ed Sanchuk with the Norfolk County OPP heard of her request he put out the call on social media and the response has been overwhelming.

“I can’t thank you enough from the bottom of my heart, this is going to bring some really good smiles to this young girl's face,” said Sanchuk in a video posted to OPP West Region’s twitter page.

Sanchuk becomes emotional towards the end of the video saying he will provide an update when the cards are delivered this weekend.

Sarah was diagnosed with leukemia when she was three years old. She has spent most of her life in and out of hospital because of the cancer relapsing. 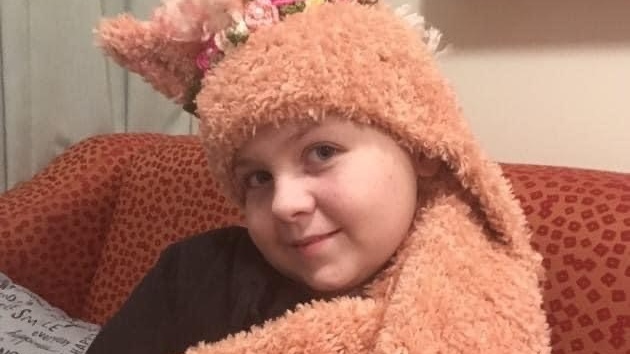 After the OPP put out the call for cards they were indundated with responses.

It wasn't just provincial police either, other agencies began to get involved in the effort.

The London Police Services was one such agency, where dozens of cards and letters were collected as well. 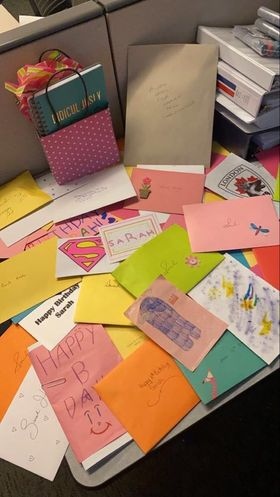 Sarah turns 12 this Saturday, Dec. 5, and that is when the cards will be delivered to her and her family.

“Sarah, if you’re watching, we’re coming for you kid in a good way,” said Sanchuk.

The response was overwhelming after the #OPP put out a call 4 #help, for a little girl fighting #Cancer for the 5th time. The result was astounding! In just 2 wks, hundreds of cards along with gifts were collected. I am so proud of the generosity/spirit of giving. #NorfolkOPP ^es pic.twitter.com/RT3ycgLAzV