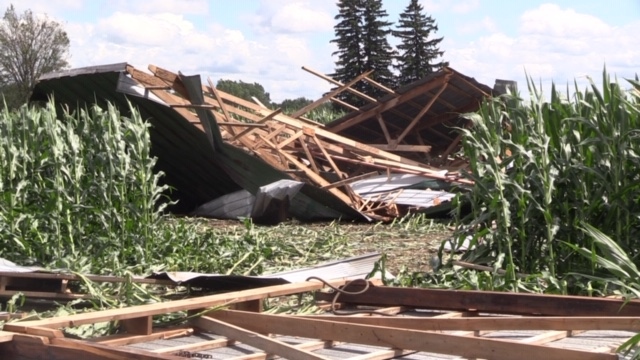 Investigators with Western University's Northern Tornadoes Project (NTP) have confirmed it was a tornado that destroyed Bodie Craig’s drive shed north of Blyth on Sunday morning.

Craig’s shed was twisted and tossed 50 metres into a nearby corn field.

The team from NTP also confirmed an EF1 tornado passed through the Lambton Shores area with a max wind speed of 155 km/h.

That brings the total to six confirmed tornadoes that swept across our viewing area on Sunday.

That makes it one of the most active days, ever, for tornadoes in Ontario.

Tornadoes have now been confirmed near Blyth, Lucan, Gads Hill, Beachville and Belmont.

In Belmont's case, this is the second tornado to hit the area in just over a month.

A waterspout was also spotted in the waters of Lake Huron off Bright's Grove.