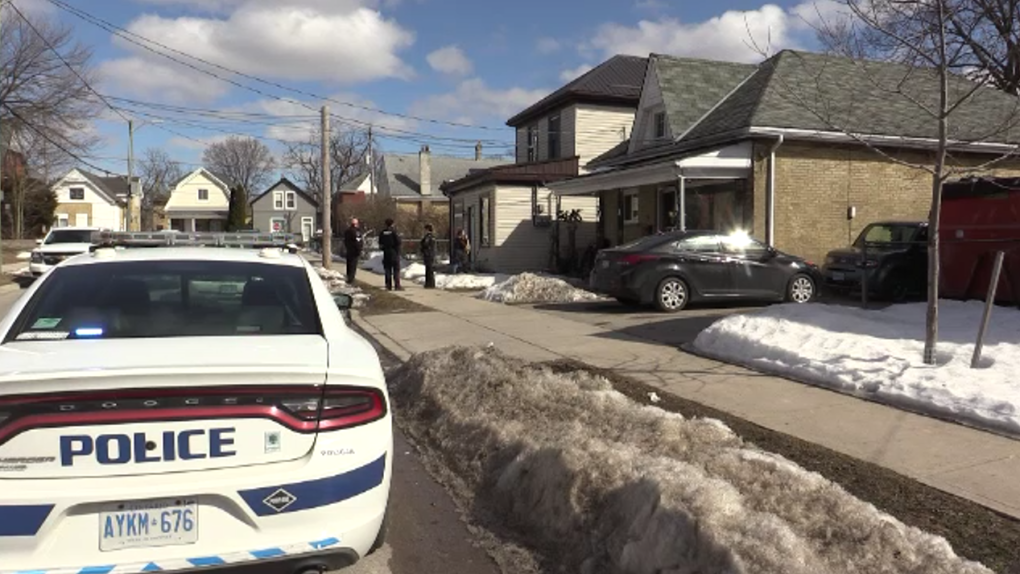 Police work at the scene of a death investigation in London, Ont. on Sunday, March 7, 2021. (Brent Lale / CTV News)

MIDDLESEX CENTRE, ONT. -- London police say they are investigating after the death of a pre-school-aged child over the weekend.

Officers and paramedics responded to the 700 block of Nelson Street, in the area of Hamilton Road and Adelaide Street, around 1:15 p.m. Sunday following a 911 call.

A child was pronounced dead at the scene.

An autopsy was performed on Monday, but police say cause and manner of death have not been determined.

London's Major Crime Section is now assisting the Office of the Chief Coroner in the investigation.