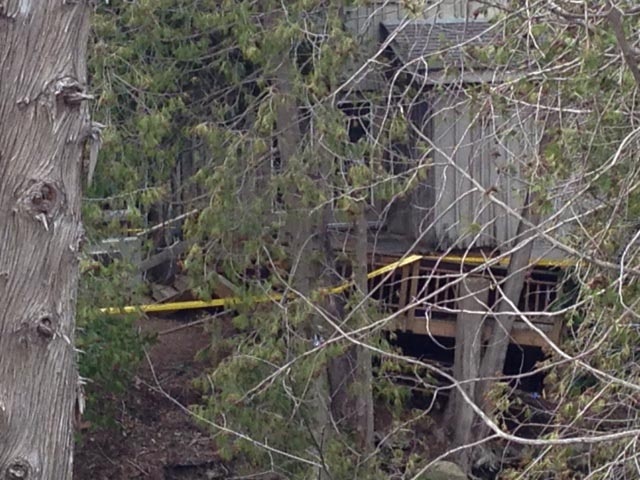 A partially collapsed deck is seen at the Benmiller Inn near Goderich, Ont. on Monday, April 21, 2014. (Scott Miller / CTV London)

Ontario's Ministry of Labour is investigating after Easter brunch ended with a fright for a family near Goderich on Sunday.

A portion of a wooden deck at the Benmiller Inn & Spa collapsed around 1 p.m. on Sunday as 16 members of a family were out taking a photo.

Five family members were transported to hospital with minor injuries. They were all treated and released a short time later.

The hotel is open as the ministry investigates.

Dawn Beach, the general manager, says the deck is rarely used because the door leading to it is an emergency exit.

About 250 people were at Benmiller on Sunday morning for the annual Easter brunch.

Beach says if any staff had seen the family out there they would have asked them to come back inside. 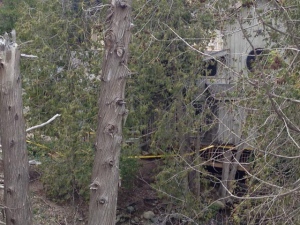