Some worry the fight against the opioid crisis has taken a back seat to the COVID-19 pandemic, at a time when it’s only getting worse.

That’s the message Tuesday from health and wellness professionals as they recognize International Overdose Awareness Day.

“It’s well known that people who struggle, one of the things they battle against is the isolation,” said BMC Pharmacy Director, Marcel Laport.

Staff at the BMC Sarnia and Chatham locations spent the day handing out naloxone kits and providing training in naloxone administration. Used in nasal or injection form, Naloxone is given to counter an overdose.

Sarnia, Ont. resident Ryan Elzinga knows what it’s like to struggle with addiction.

“What people really need to understand about addicts is that we’re people just like everybody else,” he said. “Even in recovery I notice that we get treated a lot differently, when I tell people I’m a recovering addict. Just remember we’re all people, you know.”

The 44 year old was among a steady stream of people who picked up a free nalaxone kit at the Sarnia, Ont. BMC Pharmacy. 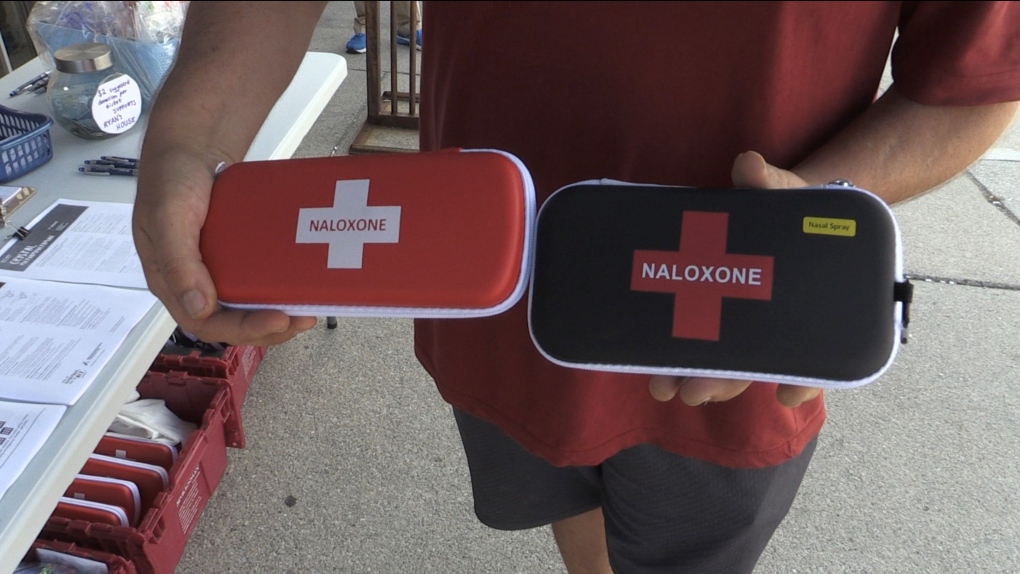 By all accounts the opioid crisis has only been exacerbated by the pandemic. And that couldn’t be more evident than by the alarming statistics being reported by Bluewater Health.

“Sarnia is still recognized as a community that has a higher addictions rate,” said Paula Reaume-Zimmer, Integrated Vice President of Mental Health and Addictions at Bluewater Health. “In fact this year we have almost a 50 per cent rise in overdoses.”

Laport said addiction comes much easier than many might think, particularly in a working-class community like Sarnia. “There’s a lot of industry around, and with industry comes work-related injuries and whatnot. That means that they need to take something for pain. They do what they have to do, and end of day some of them end up having difficulty stopping those pain meds.”

As for Ryan Elzinga, he hopes he doesn’t have to, but he said he’ll be ready to administer naloxone to help save someone’s life when the time comes.

“I was an addict for 11 years myself. I’ve never had to be hit by naloxone but I know lots people who have. I know lots of people who still overdose on a regular basis, so it’s always good to have one. I recommend them to everybody.”