A nearly ten-months long investigation by multiple Ontario police services has resulted in more than 400 charges laid on a group of 22 individuals accused of smuggling guns and drugs over the Canadian-U.S. border.

"These firearms are invariably instruments of death and destruction, devastating families and shattering communities," said London Deputy Police Chief Stu Betts at a news conference Wednesday. The London Police Service was part of a joint forces operation, dubbed Project Monarch, which dismantled a major trafficking network that stretched across Ontario and into the United States.

The effort began in London in October 2021 according to York Regional Police Insp. Ahmad Salhia. "As the investigation began to evolve we identified a suspect in the London area who we believe was involved in illicitly importing firearms into Canada from the United States."

According to police, it then spread to include allegations of a gun smuggling ring where firearms were brought across the Canada-U.S. border through Walpole Island First Nation land west of Wallaceburg, Ont. 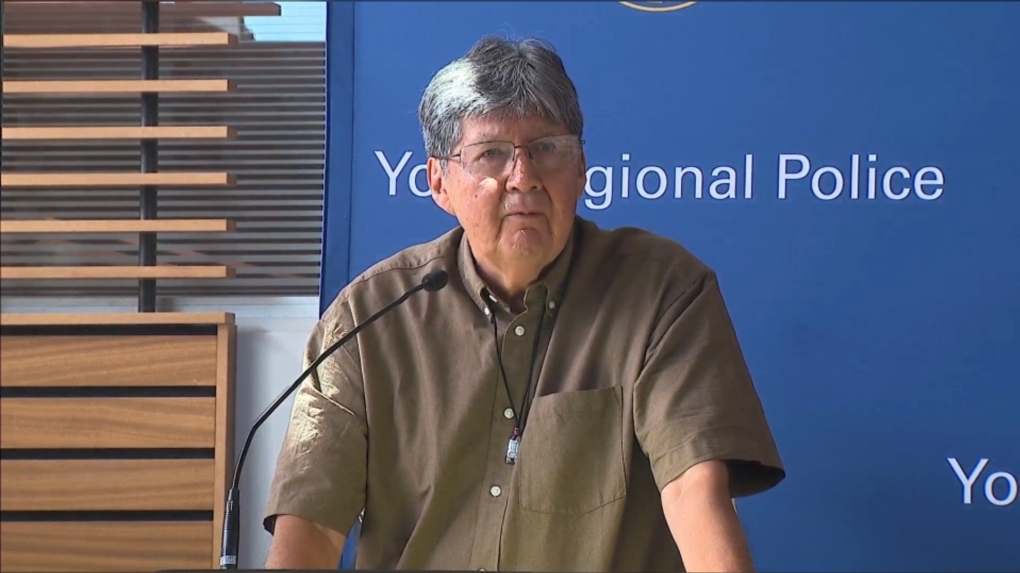 Twenty-seven hand guns, all believed to be from the U.S., and a quantity of drugs, including nine kilograms of cocaine, 1.9 kilograms of fentanyl and 20,000 Xanax pills were allegedly found, and 22 people were taken into custody.

Salhia said some of the fentanyl was pressed "to appear like candy – a car a butterfly or a number of other things."

"If someone was to consume such an item “the outcome would most certainly be fatal," he said.

Officers also seized 17 over-capacity magazines for the handguns and 300 rounds of ammunition.

The accused parties range in age from their 20s to 67-years-old, police said. Combined they are facing more than 400 criminal code offences.

An analysis found 20 of the guns seized were from the U.S., including places such as Florida, Ohio and Michigan.

"We believe that the balance of those firearms, the seven remaining, will also be traced to the U.S.," Salhia said.

Salhia said, at its narrowest point, the St. Clair River that separates Walpole Island First Nation from Port Huron, Michigan, is less than one kilometre wide.

He would not say what method was used to get the guns across the river, but added that an incident involving guns attached to a drone found in nearby Lambton County in late April is not related to this investigation.

"We only have nine to eleven officers in the field and we have to protect an international border between Canada and the United States," he said. "We have one boat, but we need a whole marine division to do our job effectively."

He urged the provincial and federal governments to give his community more money to beef up its law enforcement capabilities.

"We desperately need adequate funding to get this job done."

'The noise was deafening': Snowbirds, Canadian travellers describe what Hurricane Ian was like

As Hurricane Ian rips through Florida, the immense destruction is also being felt by Canadian property owners, also known as snowbirds. For those who rode out the storm, it may be a long wait until they can book a flight home.

Team-based care is more efficient and benefits both patients and surgeons, so it should be widely adopted across surgical specialties, some surgeons say.

Photos and videos of sharks and other marine life swimming in suburban floodwaters make for popular hoaxes during massive storms. But a cellphone video filmed during Hurricane Ian's assault on southwest Florida isn't just another fish story.

Climate change added at least 10 per cent more rain to Hurricane Ian, a study prepared immediately after the storm shows.

Many trapped in Florida as Hurricane Ian heads toward South Carolina

Rescue crews piloted boats and waded through inundated streets Thursday to save thousands of Floridians trapped amid flooded homes and shattered buildings left by Hurricane Ian, which crossed into the Atlantic Ocean and churned toward South Carolina.

A Russian oligarch indicted in the United States Thursday for conspiring to circumvent its sanctions regime stands accused of, among other things, having flowers delivered to a former member of Parliament in Canada.

While social workers and psychologists can offer tax-free services, bureaucratic confusion over the titles of counselling therapists and psychotherapists means they are the only mental health professionals who have to charge GST/HST, something a new campaign is looking to change.

Convicted bombmaker escaped U.S. prison without his absence being noted for 4 days

Authorities say they are investigating how a convicted bombmaker was able to easily escape from a Nevada prison without anyone noticing for four days, before a tip led to his capture at a transit centre in Las Vegas Wednesday night as he prepared to board a bus out of town.

Why home insurance will get more expensive for all of us and unaffordable for some, according to experts

As extreme weather events such as Hurricane Fiona become more severe and common, experts say that could result in more expensive home insurance in the long term and are calling for a national flood insurance program.