"Last night at 11:08pm, I held Hayden’s hand as she took her last breath on this earth, and watched her become the most incredible angel with the most beautiful wings." 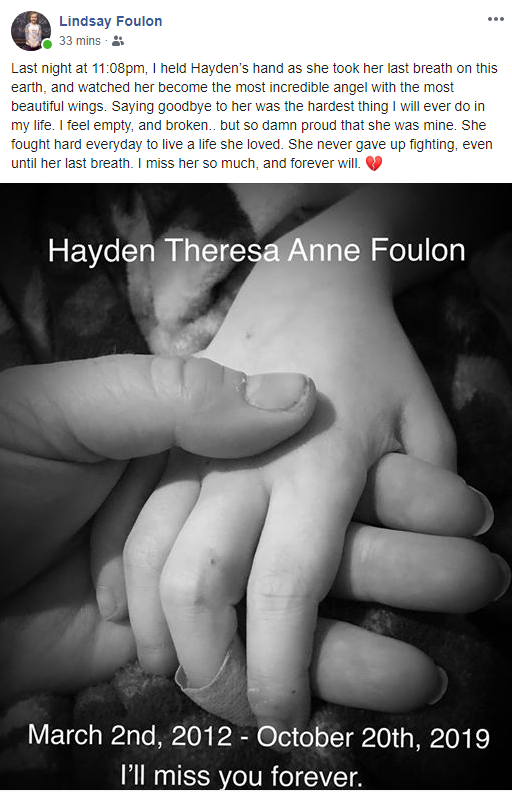 CTV London spoke with Hayden last year after Marner sent her a Tweet and a gift for her sixth birthday. She had just returned from the London Children's Hospital after another round of blood work to treat cancer.

Lindsay told CTV London's Brent Lale that Mitch "went above and beyond" and that despite only meeting him once before, he instantly became Hayden's favourite. She referred to him as "Mitch 1-6" because of his jersey number 16.

Marner told TSN's Mark Masters that the two became friends when he was a London Knight.

"Me and Dvorak used to go to hospital visits once or twice a week. We would try to put smiles on her face and those kids leave an impression on you as well," Marner said.

"She's been battling her whole life, hope she gets the help and support she needs.. To be that young fighting for that much stuff, it’s amazing to see," Marner added.

Hayden was rarely ever able to attend traditional school because of her Leukemia, which made her friendship with Marner that much more important.

Five months after her birthday, Hayden also was able to throw out the first pitch at a Toronto Blue Jays game for Childhood Cancer month after the family developed a friendship with former Jays first-base coach Tim Leiper.

"How many people can see their kid throw out the first pitch at a baseball game," said Hayden's proud dad Jon.

Childhood cancer affects to many children globally. The Foulon family went to great lengths to help fight her cancer, which included chemotherapy and stem cell treatments. 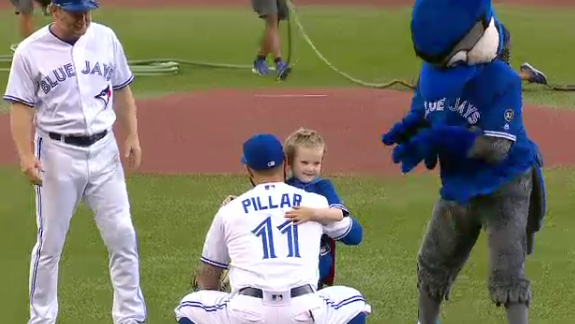 She even went to Philadelphia for a consultation on t-cell therapy in hopes of wiping out the disease. After her passing the condolences have been pouring in on social media, including a post from Ward 7 Councillor Josh Morgan who Tweeted that he was incredibly sad to learn of her death..

"I was so lucky to have had the opportunity to meet and know her. She was so strong and such a fighter. She will always be an inspiration to me and so many others," said Morgan.

Hayden's mother's post continued by saying she will miss her daughter.

"Saying goodbye to her was the hardest thing I will ever do in my life. I feel empty, and broken...but so damn proud that she was mine. She fought hard every day to live a life she loved. She never gave up fighting, even until her last breath. I miss her so much, and forever will.”