In a report capping a two-year probe of nurse Elizabeth Wettlaufer's case, the Ontario inquiry said those failures stem in part from a lack of awareness on the risk of staff members deliberately hurting patients.

"It appears that no one in the long-term care system conceived of the possibility that a health-care provider might intentionally harm those within their care and, consequently, no one looked for this or took steps to guard against it," commissioner Eileen Gillese said in releasing the four-volume document.

"Fundamental changes must be made -- changes that are directed at preventing, deterring, and detecting wrongdoing of the sort that Wettlaufer committed."

Wettlaufer is serving a life sentence after pleading guilty in 2017 to killing eight patients with insulin overdoses and attempting to kill four others. She was arrested after confessing to mental health workers and police. She has said she chose insulin for her crimes because it wasn't tracked where she worked.

The commission's report lays out 91 recommendations directed at the provincial government, long-term care facilities and nursing regulators, including measures to raise awareness of serial killers in health care and make it harder for staff to divert medication.

It calls on the province to launch a three-year program allowing each of Ontario's more than 600 long-term care facilities to apply for a grant of $50,000 to $200,000 to increase visibility around medication, and use technology to improve tracking of drugs.

The money could be used to install glass doors or windows in rooms where medication is stored, to set up security cameras in those rooms, to purchase a barcode-assisted medication administration system or to hire a pharmacist or pharmacy technician, among other measures, the report said.

To ensure proper staffing levels in homes, the province should conduct a study to determine how many registered employees are required on each shift, and table a report by July 31, 2020, the commission said. If the study finds more staff are needed, the government should provide homes with more funding, it said.

Meanwhile, Ontario's chief coroner and forensic pathology service should conduct more investigations into deaths of patients in long-term care, informed by a document submitted by homes after a resident dies, the report said. The form itself should be redesigned to hold more information and be submitted electronically so unusual trends can be spotted.

Long-term care facilities should also improve their analysis of medication-related incidents, including establishing strategies for those related to possible insulin overdoses, it said. Reasonable steps should be taken to limit insulin supply.

Homes should also adopt a hiring process that involves robust reference and background checks when an applicant has gaps in their resume or has been fired from a previous job, the document said.

Relatives of some of Wettlaufer's victims said they welcomed the recommendations but stressed action is needed to restore trust in long-term care.

"My dad was murdered and many other people's family (members) were murdered and if the government ... doesn't do anything, more of our family members will be murdered," said Susan Horvath, whose father Arpad Horvath was killed by Wettlaufer in 2014.

Joanne Birtch, whose father James Silcox was the first person Wettlaufer killed, said while the report brought some closure, it highlighted the need for a major shift in how the elderly are cared for.

"We're asking for the government and Ontarians to culturally see this as a need to change the way that we look at the disabled and the elderly," she said. "Everyone deserves a natural death. My dad did not get that."

The province said Wednesday that it would review the report, determine next steps in the coming weeks, and provide a full accounting of its progress in a year.

The government also promised free counselling to Wettlaufer's surviving victim, Beverly Bertram, and to victims' relatives for two years -- one of the report's recommendations.

Merrilee Fullerton, the minister of long-term care, committed to granting new funding to address the recommendations but would not specify how much or what it would be spent on.

Seven of the patients Wettlaufer killed were residents of Caressant Care in Woodstock, Ont., the community where the report was released Wednesday. She was fired from Caressant Care in 2014 after multiple medication errors and was then hired by the Meadow Park care home in London, Ont., where she killed a 75-year-old.

She went on to inject a patient at a Paris, Ont., home and one in home care with insulin. Both survived.

The inquiry heard that even if full death investigations had been conducted for all her victims, there likely would not have been evidence that they were deliberately injected with insulin, largely due to how the drug is processed in the body.

The judge, police and prosecutor in her criminal case all said she wouldn't have been caught without her confession. That finding is echoed in the inquiry's report, which noted nothing at the homes raised the suspicion of ministry inspectors or coroners.

Gillese stressed that unlike what some may believe, Wettlaufer's crimes were not mercy killings, noting that "she committed the offences for her own gratification and for no other reason."

The commissioner also said the system is still vulnerable to health-care serial killers.

"We cannot assume that because Wettlaufer is behind bars, the threat to the safety and security of those receiving care in the long-term care system has passed," she said.

The report said many of its recommendations cost little or nothing to implement, but for those with a price tag, the cost is proportional to the threat posed by health-care serial killers.

"The delivery of this report forces us, as a society, to decide if we are willing to make the financial investment necessary to improve not only the safety and security of older Ontarians but also the quality of their lives," it said.

Here are some key recommendations from the 91 listed in the report:

-- The government of Ontario should ensure that a strategic plan is in place to build awareness of the health-care serial killer phenomenon.

-- The province should create new, permanent funding for long-term care homes for training, education, and professional development for those caring for residents.

-- The government should expand the parameters of the funding it gives homes for nursing and personal care to allow them to spend it on a broader spectrum of staff, including pharmacists and pharmacy technicians.

-- It should create a three-year program under which homes can apply for grants of $50,000 to $200,000, based on their size, to improve visibility and tracking of medication.

-- The province should refine its performance assessment program for long-term care facilities to better identify those struggling to provide a safe and secure environment.

-- It should conduct a study to determine adequate levels of registered nursing staff in long-term care facilities and table the findings by July 31, 2020. If the study shows a need for additional staffing to ensure residents' safety, homes should receive more government funding.

-- Homes should document and track the use of glucagon, a hormone that raises a person's blood sugar, to identify patterns and trends.

-- Facilities should require that directors of nursing conduct unannounced spot checks on evening and night shifts, including weekends.

-- Homes must maintain a complete discipline history for each employee so management can easily review it while making discipline decisions.

-- The Office of the Chief Coroner and the Ontario Forensic Pathology Service should replace the current form submitted when a long-term care patient dies with a redesigned, evidence-based death record that includes whether aspects of the resident's decline or death were inconsistent with the expected medical trajectory.

-- They should also develop protocols on the involvement of forensic pathologists in death investigations of long-term care residents, as well as a standardized protocol for autopsies performed on the elderly.

-- The College of Nurses of Ontario should revise its policies and procedures to reflect the possibility that a health-care provider might intentionally harm those in their care. 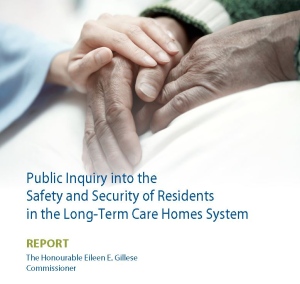 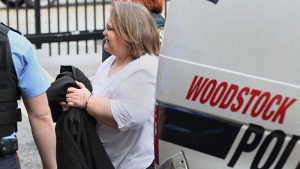