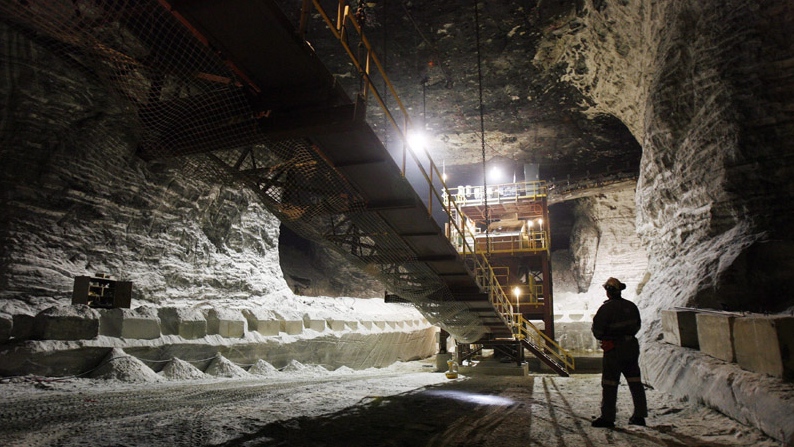 Rock salt moves along a conveyor belt towards a crushing unit at the Sifto Salt-Compass Minerals mine in Goderich, Ont., Thursday, December 18, 2008. (Dave Chidley / THE CANADIAN PRESS)

An inquest has been announced in the death of Normand Laberge, who died while working at Sifto’s Goderich Salt Mine during the tornado in August 2011.

Under the Coroners Act an inquest is mandatory in this case. Laberge, 61, was pinned underneath some rubble before the mine was evacuated.

The inquest is scheduled to begin on Feb. 11 in Goderich. It is expected to last five days and hear from about 15 witnesses.

It will look at the circumstances of Laberge’s death and a jury can then make recommendations on preventing similar deaths.