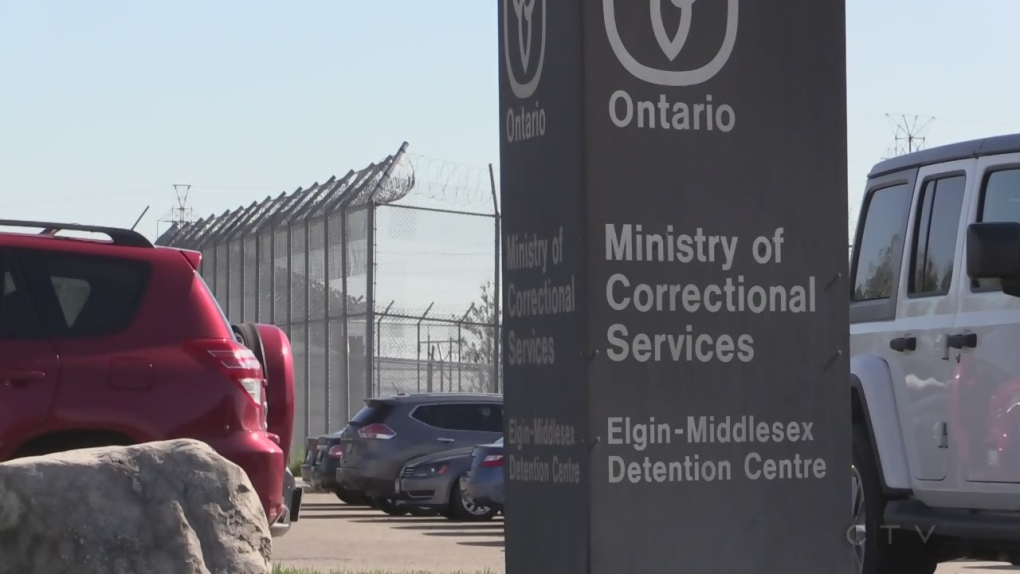 An investigation is underway into the death of another inmate at the Elgin-Middlesex Detention Centre.

Ontario's Ministry of Community Safety and Correctional Services confirms to CTV News that an inmate from the Elgin Middlesex Detention Centre passed away June 22, 2019.

In an email statement, ministry spokesperson Greg Flood said the inmate was found unresponsive in his cell.

Members of the Middlesex-London Paramedic Service told CTV News that a male in his twenties was transported to the London Health Sciences Centre in critlcal condition.

Flood says the inmate was transported to the hospital by ambulance where he was pronounced dead.

It marks the 15th death inside the institution’s walls since 2009.

A number of investigations take place whenever a death occurs involving a death in a provincial jail. The Office of the Chief Coroner will conduct a death investigation to determine the cause and manner of death.

Flood says the ministry also conducts an internal investigation to determine whether all ministry policies and procedures were followed.

The statement also states local police will conduct an investigation to determine if the death was due to any criminal activity.

Flood says if the coroner’s investigation determines that if a death was not a result of natural causes, a mandatory inquest would be called to examine the circumstances.

Where the cause of death is undetermined, the death investigation is not complete or a coroner’s inquest is pending.

“It is not appropriate for the ministry to publicly comment further as investigations are underway,” Flood said.