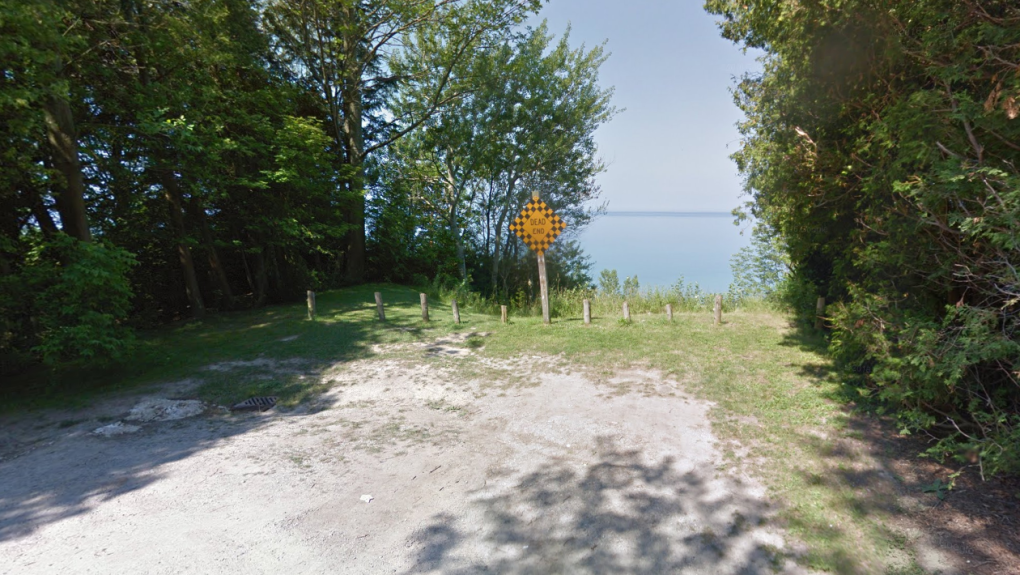 The end of Cameron Street in Bayfield, Ont. is seen in this image from Google Maps.

MIDDLESEX CENTRE, ONT. -- Huron County OPP say a 41-year-old London, Ont. woman is lucky she wasn't hurt after her SUV went off a cliff in Bayfield, Ont. on Sunday morning.

The crash happened around 8:30 a.m. at the end of Cameron Street near Tuyll Street.

Officers reportedly arrived to find an SUV drove through a barrier at the edge of the cliff, went over, and came to rest on the beach below.

The driver reportedly showed signs of impairment, and police say breath samples later taken at the OPP detachment were found to be above the legal limit.

As a result, the London woman has been charged with impaired operation and operation while impaired with blood alcohol concentration over 80.

Her licence was suspended for 90 days and her vehicle was towed and impounded.

She has a court date set for October in Goderich.