Impaired driver caught on 401 driving on one rim 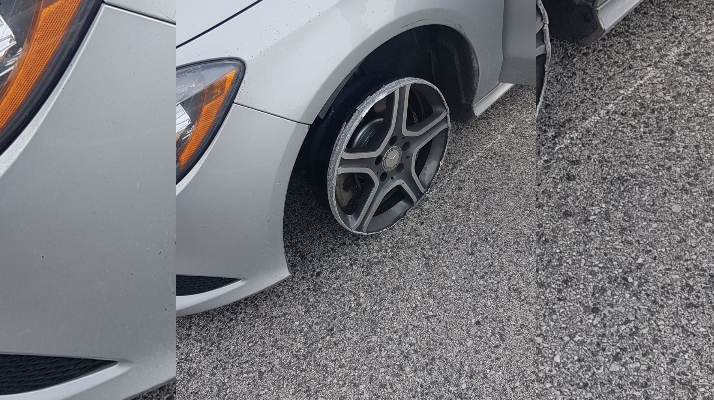 OPP pulled over this vehicle on Highway 401 after it was reported to be driving on a rim. (OPP Twitter)

LONDON, ONT. -- An alleged impaired driver was caught by police Wednesday travelling along Highway 401 while missing a tire.

Elgin OPP along with Middlesex OPP responded to a report of a vehicle eastbound on Highway 401 in the area of Orford Road travelling on a rim.

Police say the front left tire had blown and the silver car was still travelling at speeds between 120 and 150 km/h.

When police located the vehicle on the highway near Wonderland Road, and pulled over the driver, they did find that the vehicle was missing a tire.

The driver was taken into custody.

As a result of the incident a 35-year-old Ridgetown woman was charged with impaired driving, driving over the legal limit and dangerous driving.

She was released with a December court date in London.

Members of Elgin & #MiddlesexOPP responded to reports of a car traveling on HWY 401 on one rim. Officers stopped the motor vehicle and placed the impaired driver under arrest. Don't tell me alcohol doesn't impact your judgment or put others at risk. The picture says it all. ^kh pic.twitter.com/ZokjE59DMZ