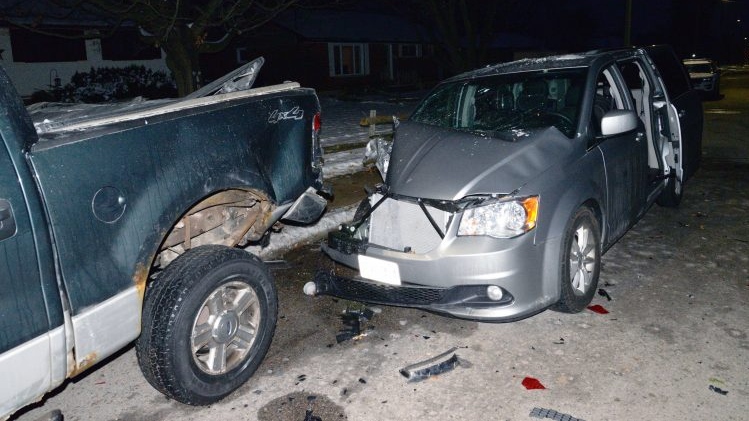 LONDON, Ont. -- Police have charged a 45-year-old St. Thomas woman after a crash early Friday that saw a car slam into the back of a parked pickup truck.

St. Thomas police say they responded to the crash just before 2 a.m. on Forest Avenue between First and Park avenues.

The driver was taken to hospital by EMS with minor injuries, and police followed to investigate the cause of the crash.

According to police, breath samples taken from the woman indicated she had almost twice the legal limit of alcohol in her system.

Police say she was held until she sobered up and released on a Promise to Appear in court.