TILLSONBURG, ONT. -- Marksman Chris Baldwin has his sights set on his ultimate target.

The 26-year old Aylmer, Ont.-native and three-time Canadian 10-Metre Air Rifle Champion is zeroed in on the Olympic Games.

"I think the 2024 Olympics is reasonable to make it there," says Baldwin, from Langton, Ont. where he is currently training.

However, the next chance to qualify won't be until the World Championships in 2022.

Until then, he's balancing daily training and his full-time career.

Baldwin is a registered nurse in the intensive care unit and emergency room at Tillsonburg District Memorial Hospital.

"The two complement each other," he says. "You are talking about two areas that can be stressful, they can be intense and you can build off what you have learned in one, and take it to the other." 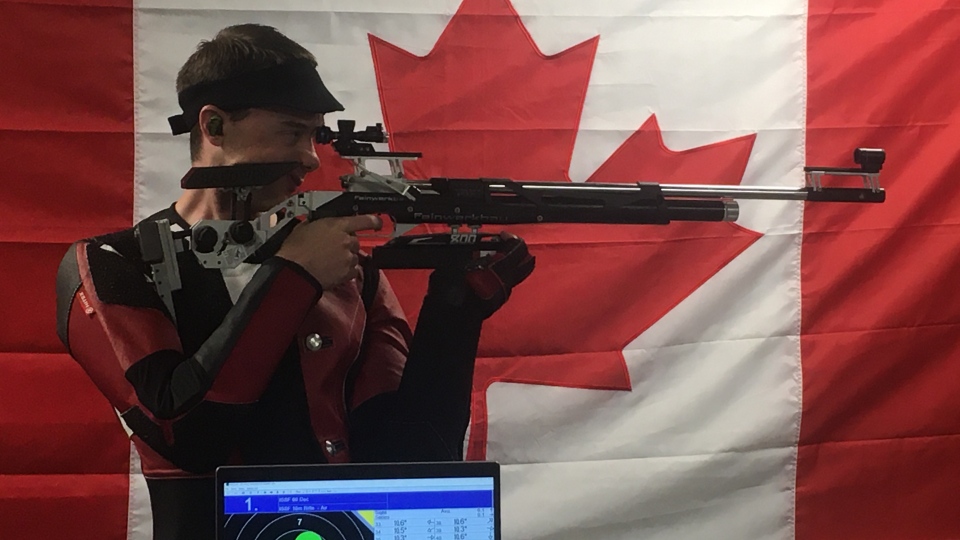 Baldwin is an in-patient charge nurse, where he works alongside Dr. Chris Foerster.

"That calmness and focus is the same thing he brings to his bedside nursing for an individual patient and his bedside nursing when we have a critically unwell patient," says Foerster. "There is also the leadership he shows when he's trying to coordinate challenging discharges and family meetings."

Baldwin currently trains between five and six times per week. That is time consuming, but when you add in his role as a front-line worker during a pandemic, it requires extreme dedication and time management.

"How do you go home after a night shift and catch a bit of sleep and go back and train?" says Baldwin. "Then there is that competition you squeak in between shifts while you're trying to be at the top of your game mentally to perform."

Coach Richard Lanning has worked with Baldwin since he was a junior shooter.

"He's probably one of the most dedicated athletes I've worked with as far as his training, planning and willingness to work with a mental consultant to do all the things that need to be done to reach the goal he's looking for," he says. 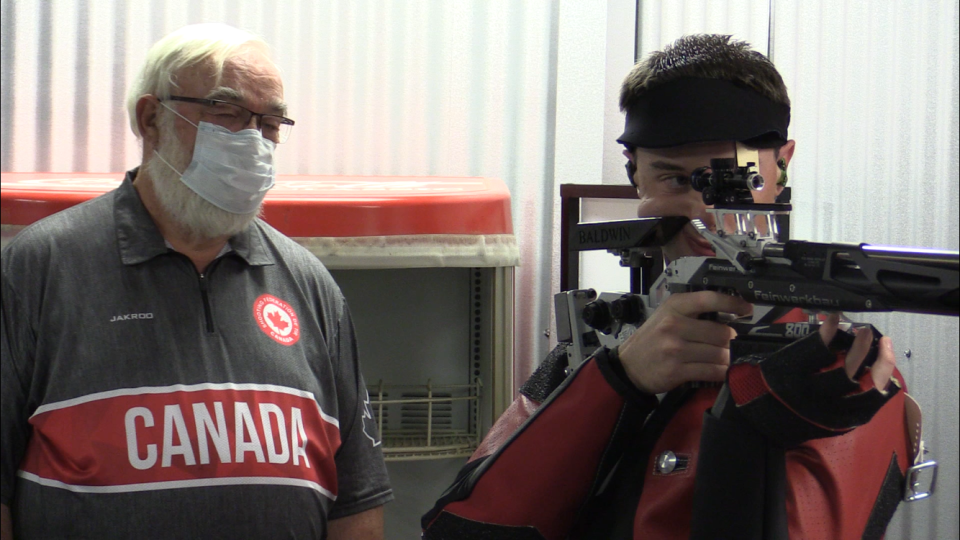 The Canadian Olympic Committee and Petro-Canada also recognize Baldwin's potential. He and Lanning were each given a $5,000 grant recently to cover training, equipment and travel costs.

"The program was designed for athletes who are on the cusp of qualifying for federal funding, and their coaches," says Lanning, who was able to purchase some new technology and fund his trip to the next World Cup.

Until Baldwin can be a medal contender, and receive help from the Own the Podium program, every little bit of funding could help push him to gain that one decimal point needed.

"The difference from where I am to where I need to be is paper thin," says Baldwin, while showing off his digital scores on a laptop.

"We're talking millimetres. A 10.5 is the minimum standard, and I'm typically just below that. If you see the shots slightly above and below 10.5 here, this is where I would want to be at a major competition."

He's realistic enough to know that only 40 people in the world will qualify for the Olympic Games. Although he dreams of standing on top of the podium in Paris in 2024, right now, he's equally focused on his profession, where he is quickly becoming a rising star.

"There was a challenging case that he was charge nurse for one of our in-patients during the first wave of the pandemic," says Foerster.

"He responded extraordinarily well and was recognized by our local MPP (Ernie Hardeman) for his actions on that case."

Foerster knows that a second wave of COVID-19 could be coming when you look at the provincial numbers.

"Locally things could change for our in-patients quite rapidly, so it's good to know we have good people like Chris on the team."

Whether sharpening his in-patient skills, or shooting for his dreams, Baldwin's career path appears to be right on target.