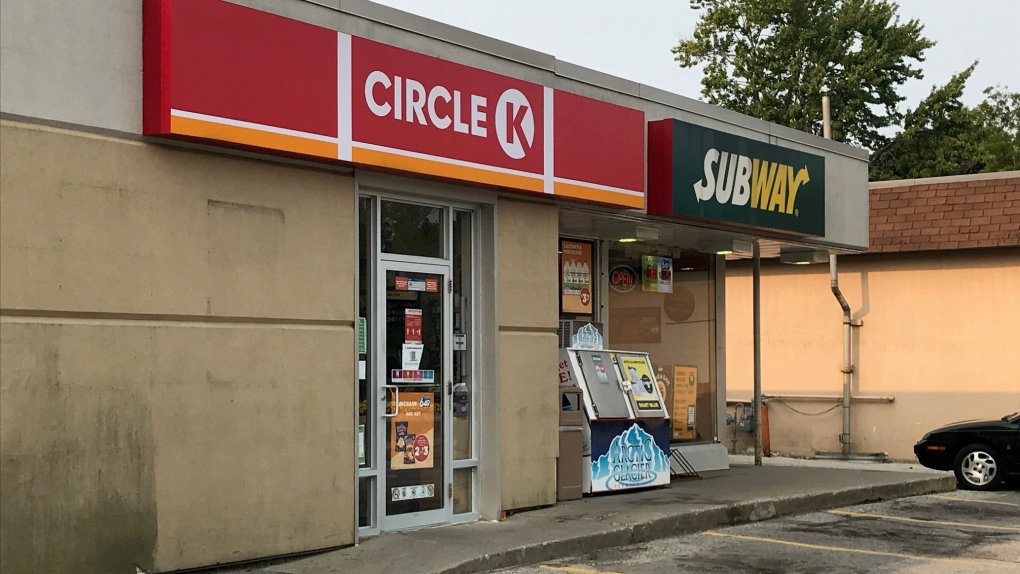 The Circle K at on Petrolia Line near Princess Street in Petrolia, Ont. was the business allegedly robbed on Tuesday, Sept. 15, 2020. (Sean Irvine / CTV London)

PETROLIA, ONT. -- A convenience store employee says a daring robbery in Petrolia early Tuesday morning is fresh in her mind.

The clerk, who asked not to be identified, says a young man walked into the Circle K in the 4000 block of Petrolia Line, just to the west of downtown, about 5:30 a.m.

She says he demanded the cash, placed a plastic bag on the counter, and then came behind the counter to collect.

That’s when she noticed he had a weapon, she believes was either a gun or a BB gun.

“He never pointed it, but from that point of view I could actually see it."

The clerk says the man managed to collect lottery tickets and a small amount of cash before fleeing.

Lambton OPP flooded the scene shortly afterward, but have not yet found the suspect.

Wednesday morning, they released photos of a mask-wearing man they say is white, in his 20s, standing six feet tall with blond hair, and wearing grey pants, a dark hoodie, white running shoes and black gloves.

They also confirm the suspect had a weapon, but have not confirmed the type.

As for the impacted clerk, she shaken, but happy the man did not become violent with his weapon.

“Thank God he didn’t ever use it."