'I make sure everyone is fed': Canadian truckers feel forgotten as pandemic risks remain high

LONDON, ONT -- Nine months into the pandemic and some Canadian long-haul truck drivers feel the public has forgotten the risk they’re facing.

“At first it was like ‘thank you so much,’ and now we’re nothing any more. We’re back to the bottom of the list,” says Zebbie Barquest, of Selkirk, Ont.

She’s been behind the wheel for 41 years.

CTV News spoke with several veteran transport-truck drivers, most of whom travel to the U.S. to keep the cross-border economy going.

The COVID-19 pandemic remains a greater threat in the states, leaving them at high-risk.

George Hobbs, of Cambridge, Ont. has been driving for 50 years. He says he takes every step possible to stay in his truck.

“I don’t stop at all, because they don’t always follow the rules. It’s always different down there. I just don’t stop.”

It’s the same story for Khalib Elabbassi, of Mississauga, Ont. He says COVID-19 precautions are sound across Canada but can vary, dramatically, in each U.S. state. As a result, he says he is ‘extreme’ with his own precautions. 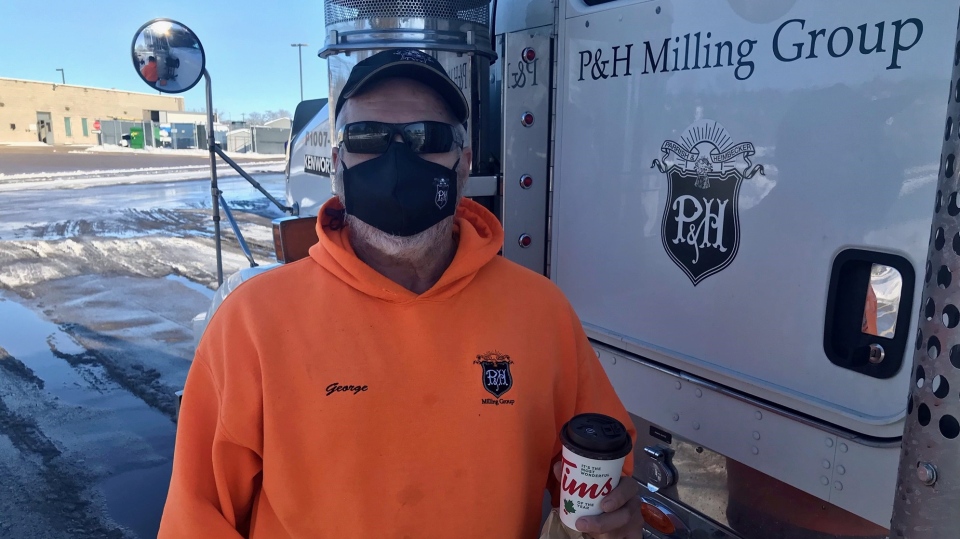 “I keep a safe distance, always sanitize my hands.”

Hobbs says it’s a smart idea, given what he’s seen.

“Not enough people are wearing the mask there.”

While he’s critical of the U.S., Hobbs says Canadians could do a better job.

“If we could all get on the same bandwagon and just do what they tell us.”

Hobbs says each veteran driver is taking a risk they could avoid, but he says most continue doing so out of a sense of ‘duty’.

“I’m delivering food. I make sure everybody is fed, everyday!”

Murray Wilson feels the same as he delivers multiple products on both sides of the border, even though he could retire.

All the veteran drivers again pleaded with business owners, particularly in Canada, to keep washrooms open for their use on the road.