LONDON, ONT. -- The tragic events of Dec. 6, 1989 , known as the Montreal Massacre, changed the course of Megan Walker's life.

"I made a decision that day to commit to end male violence against women, and I have done that," says Walker, the executive director of the London Abused Women's Centre (LAWC).

She vividly remembers the learning the news of a gunman entering Ecole Polytechnique with the intention to kill women.

He did that in classrooms, corridors and a cafeteria before taking his own life.

In a suicide note he blamed feminists for ruining his life.

"Women definitely think of his day, and have tears in their eyes," says Walker.

Walker says the National Day of Remembrance and Action on Violence Against Women in Canada is an emotional one.

She still has a hard time grasping why women are targeted, and hated by so many in society.

"How is it possible this still happens? There was the van attack in Toronto and more than 30 women have been murdered in this province during the pandemic."

Unable to meet in person today to remember, the London Coordinating Committee to End Women Abuse held a virtual ceremony. They lit a candle, provided education and read the names of the 14 women who were murdered 31 years ago. 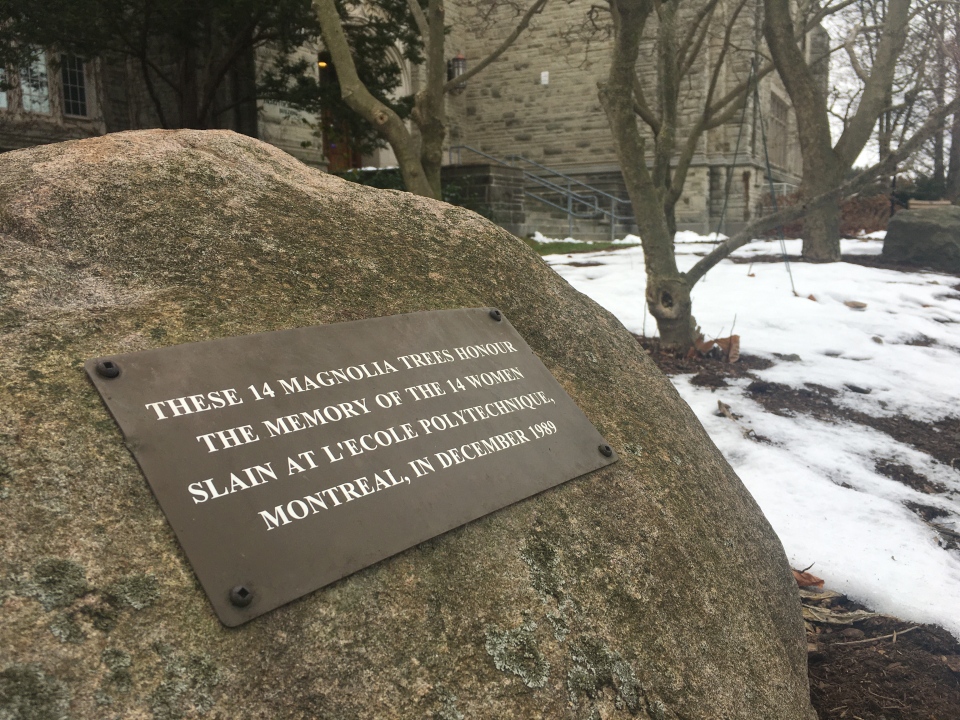 Twelve of those women were engineering students.

"What really hit me was that he separated the men and women, and only killed the women," says Lesley Mounteer, director (external services) Western Engineering.

Western University's Engineering department recognizes the tragedy with a permanent memorial. The tragedy has changed the profession, which is now up to 22 per cent enrollment in Canadian Universities. That is a seven per cent increase over the past 30 years, but they believe there is still a long way to go.

"Engineers Canada has a committee to get 30 per cent by 2030," says Mounteer.

"The initiative is called 30 By 30. The focus is to get men and women to an equal place at some point in time."

Walker believes the issue does resonate with Londoners who show great support to the 'Shine the Light' campaign.

However the facts show it is an everyday issue.

"Last year our agency served more than 8000 women and children who were being abused," says Walker.

"We are an agency with 14 employees. That speaks to depth of the problem."

She says everyone has a role to play in holding perpetrators accountable. She says from not watching pornography, stop purchasing sexual services, and ending misogynistic language

"I will not see a significant difference in my lifetime in the way that I had hoped after all these years, but I'm not stopping. I'm still committed."