Dozens of soccer fans packed the Croatian-Canadian Centre in south London, Ont. knowing that no matter the result on the pitch, it was really going to be a win.

Though their fans were stunned when Canada scored in the second minute of the game, they were elated the rest of the match as Croatia would go on to win 4-1, eliminating the Reds from advancing in the World Cup.

“I am conflicted personally,” says Stephen Sasar, president of the Croatian club.

“My roots are Croatian, but I was born in Canada. So I'm a little torn.”

Sasar, who was actually cheering for Croatia, just wished his two favourite teams could have been in different groups.

At the BMO Centre, there were so many fans watching the biggest game in Canadian Men’s Soccer history, they needed three rooms to house them all.

After the opening goal by Alphonso Davies (Canada’s first ever at the World Cup) there wasn’t much for the fans or kids in attendance to cheer about. 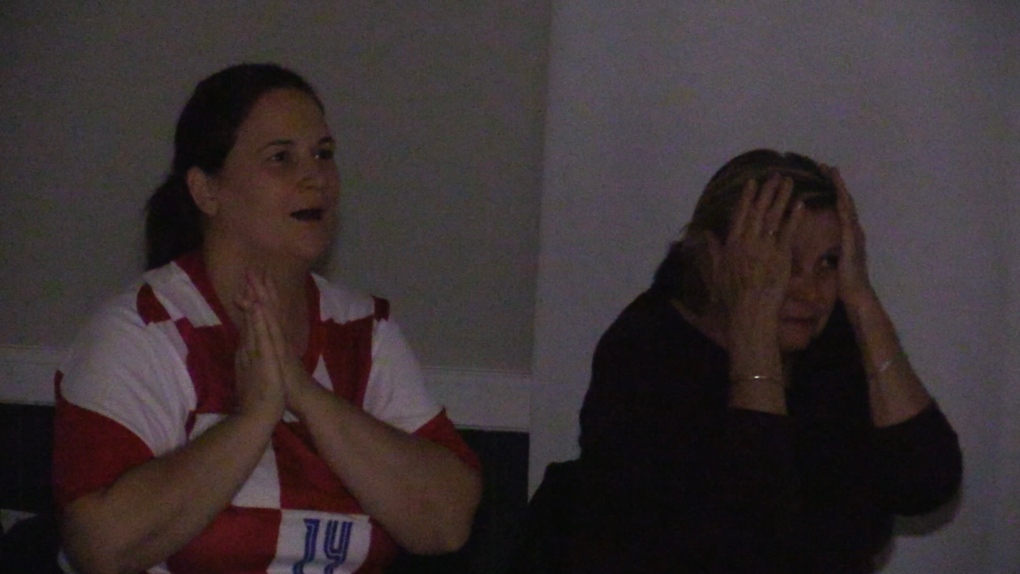 Croatian Soccer fans in London, Ont. were shocked when Canada scored 2 minutes into the match in London, Ont. on Sunday, Nov. 27, 2022 (Brent Lale/CTV News London)“The start was probably the most exciting two minutes you could have,” says Garrett Peters, the women’s coach of London TFC.

“Everyone here was pretty excited. The boys did what they could but the pressure (from Croatia) was just too good for us.”

The 4-1 defeat means Canada still has zero points, and will not move on to round two. They will still face Morocco Thursday morning in their final match of their first World Cup in 36 years.

“It's going to be interesting to see what John Herdman does with the team and the selection because Thursday is definitely about getting World Cup experience now and experience on the top stage for those players,” says Adam Mooi, a Canadian soccer fan watching at BMO Centre.

The young fans watching kept up the spirit through the match, chanting and banging a drum in support.

“In any case, it's an awesome experience,” says Jonathan O’Neill, an academy coach with London TFC.

“I remember watching the World Cup with Ireland in it when I was 12 years of age. I remember the highs and lows of it and win lose or draw, you still have the memories, and I'm coaching some players in there who are going to have those same memories with Canada.”

Memories which include Alphonso Davies and his teammates celebrating – a moment 36 years in the making. 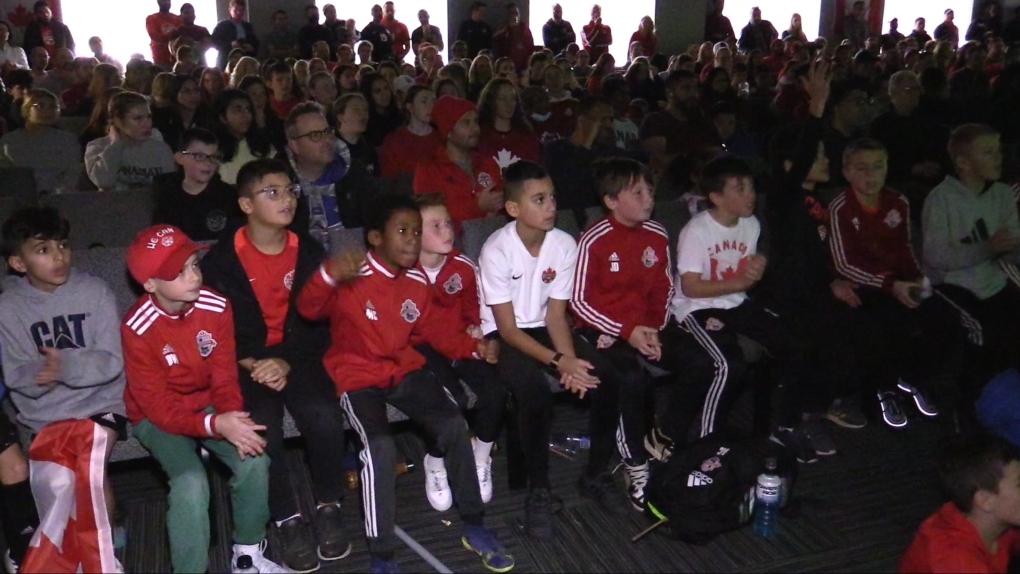 Biden says he gave the order for Chinese balloon shootdown

President Joe Biden said on Saturday that he ordered U.S. officials to shoot down the suspected Chinese spy balloon earlier this week and that national security leaders decided the best time for the operation was when it got over water.

How to stay safe in extreme cold: Recognizing the signs and symptoms of frostbite, hypothermia

Marit Stiles has been confirmed as the new leader of the Ontario NDP after a majority of party members voted in favour of the lone candidate.