Nancy Allen, a CTV employee, has lived on her street in the south end of London, Ont. for the last 40 years.

Her home is known by many as the house with the white stone-made polar bears which have sat in her garden for over 30 years.

On Wednesday morning, Allen woke up to find one of the bears had been stolen off of her property.

“It’s an invasion, you just feel violated,” she said.

“I just don't understand why someone would steal it. I don't get it. I just want it back.”

She believes the individual/s who stole from her had it all planned out as the bears weigh 125 lbs. each. 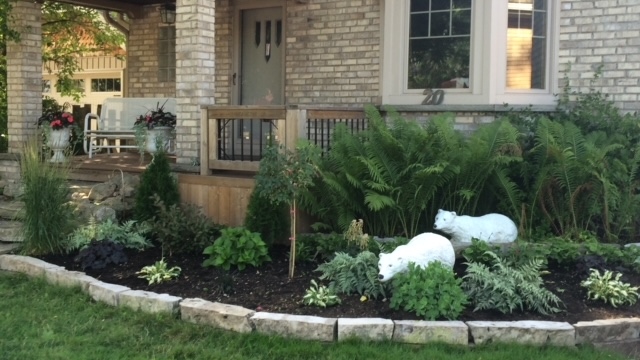 CTV employee Nancy Allen had one of her polar bear statues taken from her front yard overnight Wednesday, May 11, 2022. (Courtesy: Nancy Allen)

“They brought a dolly, there's dolly tracks on the front lawn, and they would’ve done it before I got home,” she said.

The two are more than a garden statue, to Allen they hold sentimental value.

“My mom spotted them in the garden when she would come home from the Alzheimer’s club and knew she was in the right home,” Allen said.

“You could always see a sparkle in her eye when she saw them.”

The bears have often been referred to as a staple in her neighbourhood. She is hoping to get back her missing piece back.

Allen is appealing to the public to help her find her statue and is offering a reward of $200 cash.

“They just mean everything to me…I just want it back, no questions asked.”

'We are patriots': Ukrainians cling to life at front line against Russia

While towns and villages around the capital of Kyiv have begun to rebuild after the Russians withdrew months ago and world powers discuss long-term recovery, others in eastern Ukraine still cannot sleep soundly.