LONDON, ONT. -- One of the workers trapped in the rubble in the Teeple Terrace building collapse last month says it was the sound of his father’s voice that gave him the will to survive.

“I heard my dad in the back of my head saying, ‘you can’t go, you can’t go,’ just riding me and keeping me there,” recounted Jacob Hurl.

“You know, it’s crazy what goes through your mind in those hours of just hoping that you’re going to get out.”

Jacob was working as a general labourer at the west London construction site on Dec. 11 when in the late hours of the morning the building partially collapsed.

He was on the bottom floor when he became pinned underneath steel and concrete. That’s where he would remain for four hours while firefighters worked to free him.

“I was trying getting myself out at first. I trying prying, but it was so heavy I couldn’t do it. So when I realized that I was pinned, that was it, right?” 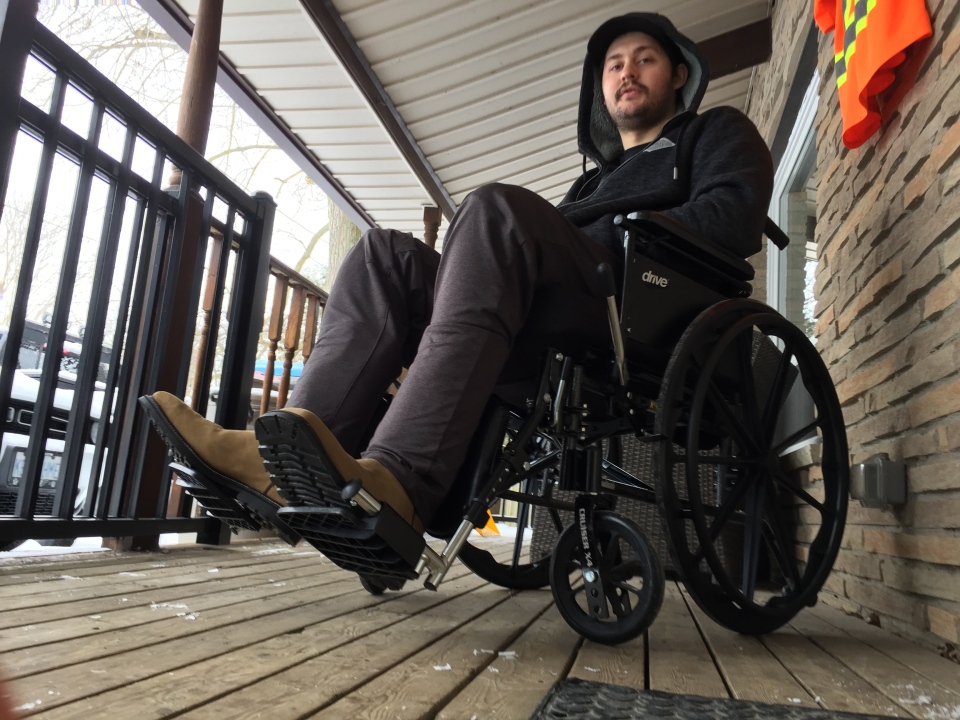 Jacob was left with a broken femur, a broken hip, chemical burns, a blood clot in his lungs, a cracked skull with a concussion, and post traumatic stress.

He would spend Christmas, then his 22nd birthday in hospital. In all, he spent 28 days at London Health Sciences Centre.

“I went from dying, to having no legs, to having legs and being able to walk again. So it’s like, I can live with a limp.”

Because of COVID-19 restrictions, his parents only had the opportunity to see him twice during his four weeks at LHSC. His father, William Hurl, recalls the day he received the call that his only child was trapped. 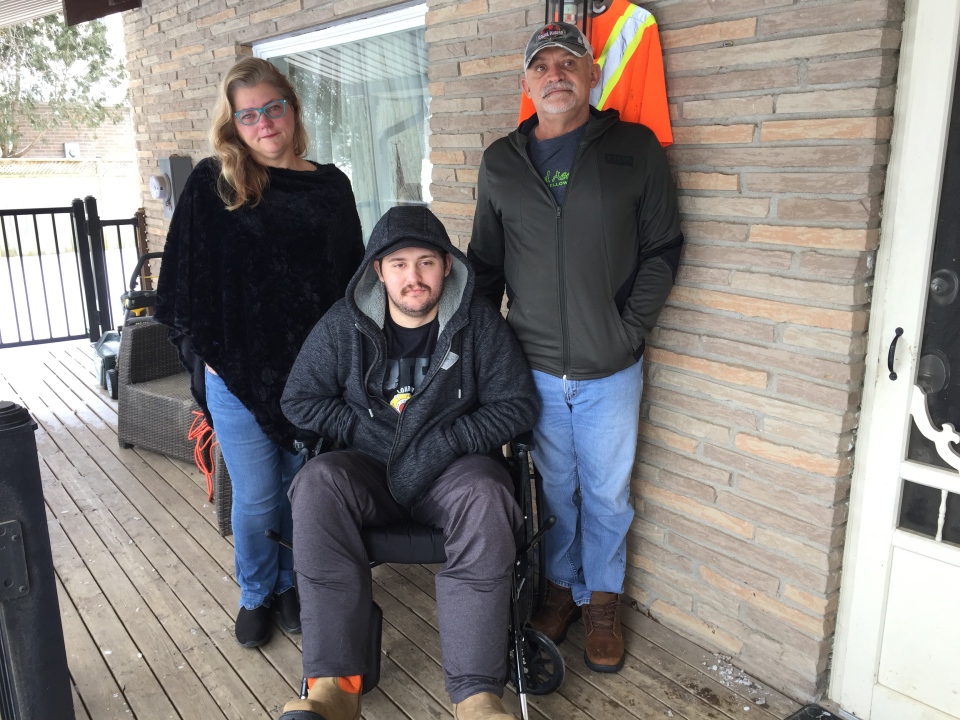 “You start thinking to yourself, ‘Alright, I can live with him losing a leg as long as he makes it out alive.’ That’s what you start telling yourself in your brain. 'As long as he lives we can deal with the rest as it comes.’ And that’s a weird place to be,” William said.

Jacob has since returned to the site at Teeple Terrace where his life changed forever on that fateful day in December. He says when he saw the memorials for the two men who lost their lives in the incident, it hit home.

“You get a cold feeling. Knowing two people died there you feel cold. It didn’t feel right at that site.”

John Martens, 20, and Henry Harder, 26, were killed in the building collapse. Several other workers were badly injured.

For now Jacob gets around in a wheelchair, but he is expected to recover. His mother, Mary Keetch knows it’s going to be a long road.

“He’s a tough one, that’s for sure. He comes out of this. This is going to be a journey but he’s got all the good makings to get there for sure."

An online fundraiser has been set up to help with Jacob's medical expenses.