'I feel like I was born to do this'; 12-year-old London, Ont. soccer star signs with historic club in Portugal

Diago Delgado is getting set to make his football debut in Portugal.

The 12-year-old from London, Ont. recently signed with C.F. Os Beleneses youth academy and will step onto the pitch Sunday for his game debut against the SL Benfica's U13 team.

"I'm so excited, my dad's going to record it and I think I'm going to do good," says Delgado, via Zoom from Lisbon, Portugal.

It's been a long road for the young soccer star, who started playing for youth teams in London before the pandemic. Over the past two-plus years, he's been strictly training with former international player Kevin Deserpa in Kitchener, Ont.

"He came out of nowhere," says Deserpa, who played professionally in multiple countries before retiring a decade ago and starting his own soccer academy.

"When he came to me the plan was to see how good he can be with me. He had the right skills, so I sent the information to my partners in Portugal, and they arranged a try out for Diago." 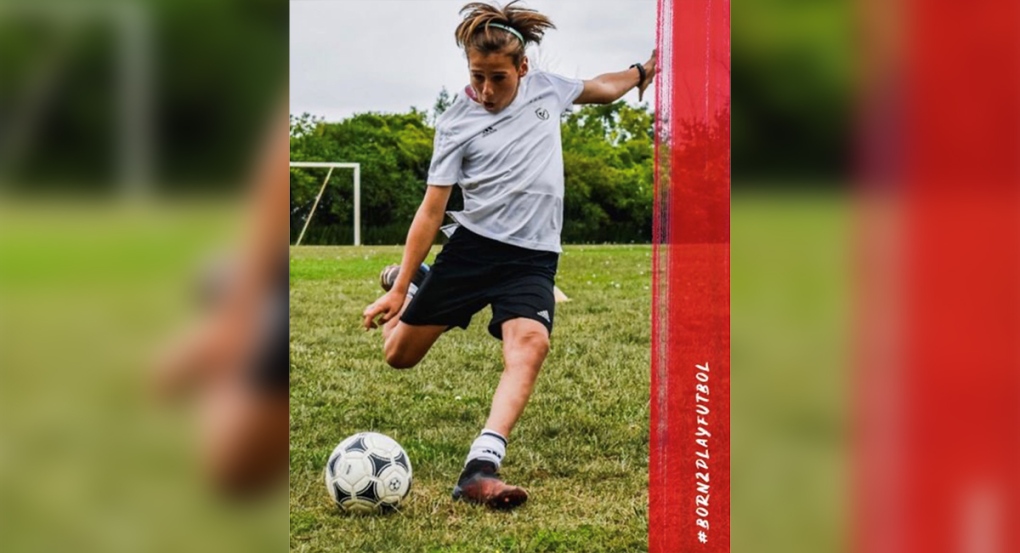 Deserpa says his role is to find players, and with his connections, give them opportunities.

"I want to get them to Portugal or Spain or Italy, China, wherever they want," says Deserpa.

Delgado's skill set is impressive if you watch him train on his Instagram page.

"We did a lot of physical and technical training, and working on how to play the game properly with my brain," says Delgado.

"We also did diets, so what to eat at the right time when to eat it and then I came here for some training sessions and I was lucky enough to stay and sign for Belenenses."

"I came here to train with a few teams, and they said they liked me and wanted me to stay," says Delgado. "We put all the papers through, and they went through and then I finally signed and it felt amazing."

Diago is only 12 years old, so the Delgado family has moved to Portugal.

"There's been a lot of paperwork and his parents are moving there," says Deserpa.

"It's different than just sending your 16-year-old or 18-year-old where he can manage himself. They have to put him in school and are doing all the extra things that could be complicated, but I have to congratulate the parents for going all out and making it happen."

Delgado is a striker who plays both wings, and even can suit up in centre-midfield. He thinks his best skills are ball handling, dribbling and knowing what to do at the precise time. 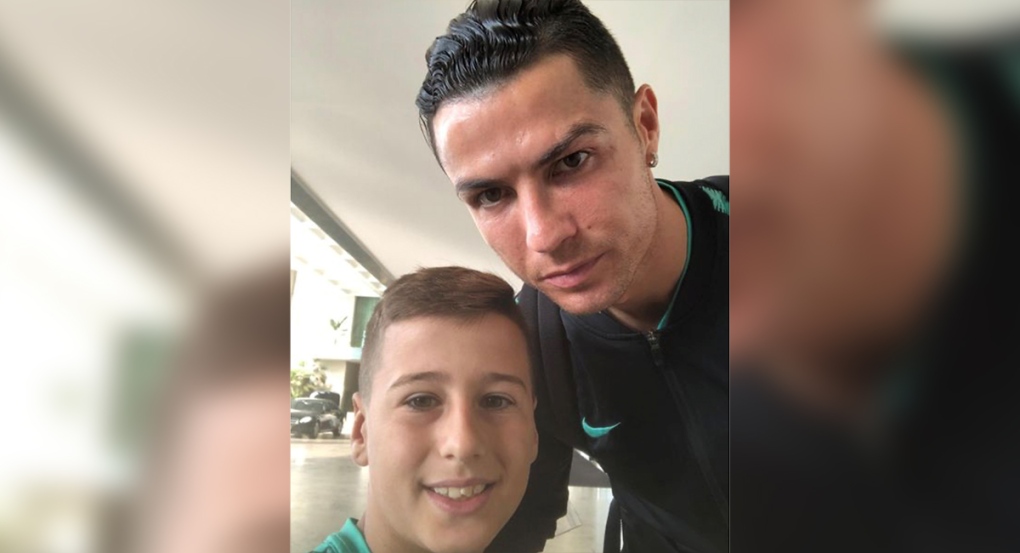 He idolizes stars like Neymar Jr, Lionel Messi and even got to meet his idol Cristiano Ronaldo.

"It was amazing, he is a very nice person," says Delgado. "I just asked him, how he got there, what he did to do it. He said, 'All it takes is work ethic, dedication, talent and brains, but mostly working and dedication.'"

Delgado is excited about his future, saying he believes he was "born to do this."

"With my friends and my family saying 'You can do this' and 'This what you're meant to do,' it just feels great," says Delgado.

Crown prosecutors want Ottawa protest organizer Tamara Lich sent back to jail to await trial, claiming she breached her bail conditions by agreeing to participate in an event next month where she will receive a 'Freedom Award.'

Prince Charles and Camilla, Duchess of Cornwall, lit candles and listened to a prayer service on Wednesday inside a gilded Ukrainian Orthodox cathedral in Ottawa, while congregants and onlookers waved blue-and-yellow flags and Union Jacks outside.

Portuguese authorities said on Wednesday they had identified five cases of rare monkeypox infection and Spain's health services are testing eight potential cases after Britain put Europe on alert for the virus.

The pathologist who conducted an autopsy on Chantel Moore says the 26-year-old Indigenous woman was shot twice in the chest, once in the abdomen and once in her left leg.

DEVELOPING | 'Somebody out there is missing this child': Remains of young girl found in water in Dunnville, Ont.

Provincial police announced Wednesday the human remains found in the water in Dunnville, Ont., the day before are that of a young girl.

Women are almost twice as likely to be trapped in a car after a crash: study

A new study out of the United Kingdom has found that women are almost twice as likely as men to be trapped in a vehicle after a crash.