'I fear destruction of lives': London man sentenced to 9 years in massive gun and drug bust

'I fear destruction of lives': London man sentenced to 9 years in massive gun and drug bust

William Boyd, 47, is going to spend the next seven years and 133 days in a penitentiary.

The London, Ont. man involved in two of the city’s largest gun and drug busts was given a sentence of nine years with credit for time served by Justice Michael McArthur in a London courtroom Tuesday.

"This should go as a substantial reminder to other people in the community that tariffs are going up, and up, and up,” McArthur told the court.

Boyd was a partner in one of the city’s largest crystal methamphetamine seizures in 2020 with police turning up more than $462,000 worth of drugs, as well as a shotgun, 1,500 rounds of ammunition.

Earlier this year, Boyd was one of three Londoners charged after police seized more than $257,000 in drugs as well as firearms and ammunition after a search warrant at a Waterloo Street residence.

They seized a shotgun, more than 600 rounds of various ammunition as well as methamphetamine and fentanyl. 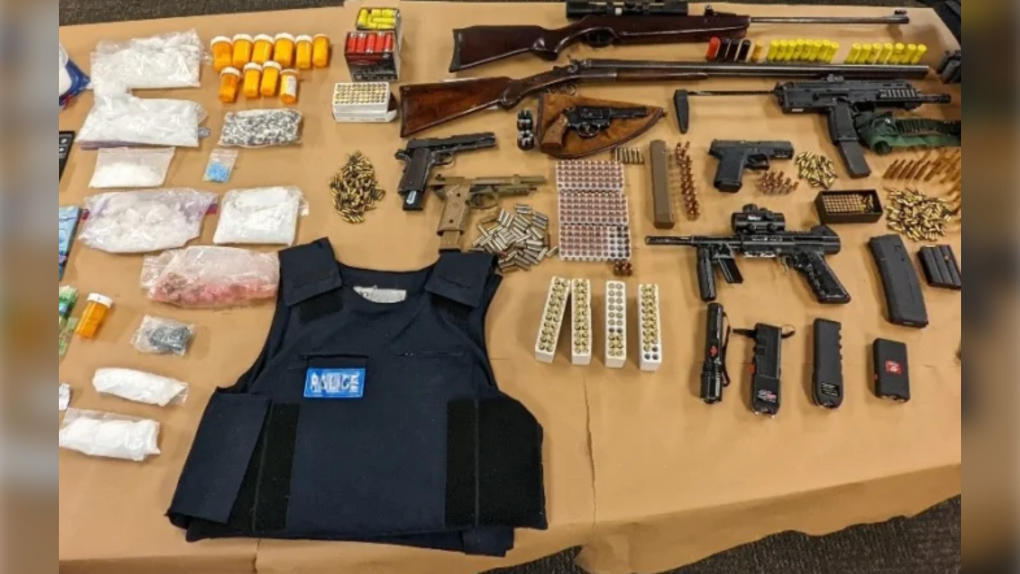 $257,000 in drugs and firearms seized in a Waterloo St. residence in London Ont. on March 31, 2022. (Source: London Police)
Boyd was on bail from the first charge, at the time of the second charges.

In a joint submission, Boyd was credited for showing significant remorse as well as entering an early plea.

Before reading his sentence Justice McArthur told Boyd that drug offences in this particular case are pitting upper digits and lower double digits so “it isn’t going to be a great surprise”.

“Those substances including methamphetamine, fentanyl, cocaine and hydromorphone on the higher end of drug scale have done irreparable damage to this community and members in it,” says McArthur.

Boyd was also given a DNA order, and is not to possess weapons under the criminal code for a lifetime.

McArthur then addressed Boyd one last time hoping he will learn his lesson with this sentence.

“It is very clear to me when I look at your record and its escalation there is only one last stop for you,” he told the court. “I fear destruction of lives”.

After sentencing, a tearful Boyd gave a long hug and kiss to a woman in the courtroom, before being taken back into custody.