‘I don’t think we have to go that extreme’: Ford not in favour of shutting down Church of God 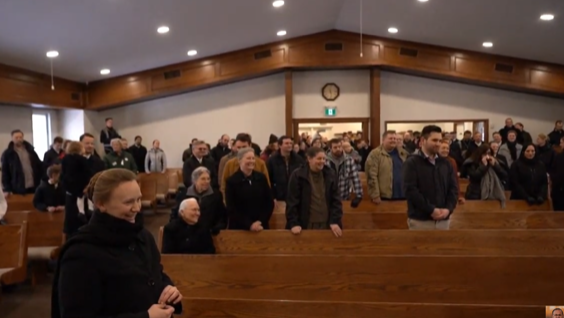 LONDON, ONT. -- Ontario Premier Doug Ford wants places of worship to follow protocols but said he wouldn’t go as far as suggesting shutting down places that break the rules.

“No I don’t think we have to go that extreme...We’ve seen the spread happen numerous times with churches. We’re asking everyone to cooperate. Hopefully they will listen,” said Ford in an interview on The Morning Show with Ken and Loreena on Newstalk 1290 CJBK.

The comments came a day after Aylmer, Ont. police said they were issuing a number of tickets for those who were not following the province's emergency orders restricting gatherings during a service on Sunday.

Police say they have identified 47 people who organized or attended a service both outside and inside the Church of God on John Street and were issuing tickets or summons for those who lived outside the region.

Local health officials and police have asked faith-based groups to be part of the solution, and Ford echoed that sentiment Thursday.

The premier's office released a statement late Thursday emphasizing that the province does not direct the police or the judicial system in these matters.

It continued, "...we have complete confidence in law enforcement to uphold the law. Police officers, municipal bylaw officers, and other designated Provincial Offenses Officers have authority to enforce the orders continued under the Reopening Ontario Act.