LONDON, ONT. -- Due to give birth in three weeks, Maggie McPherson is now looking for housing after fire destroyed the residence where she's lived the past 11 years.

"About five in the morning, I looked out the window and I saw flames just shooting across," recounts the nine-month pregnant McPherson who was up throughout the night after hearing commotion next door at 121 Bonaventure Dr.

"If I reached my hand out I could pretty much touch the flames. I called 911 and then I heard a bang on the door with someone saying 'Get out! Get out right now! There is a fire.'"

McPherson, her 13-year old daughter and the family dog left immediately and stood by as her home burned.

"It was so hard to watch, and I was in shock for a long time." 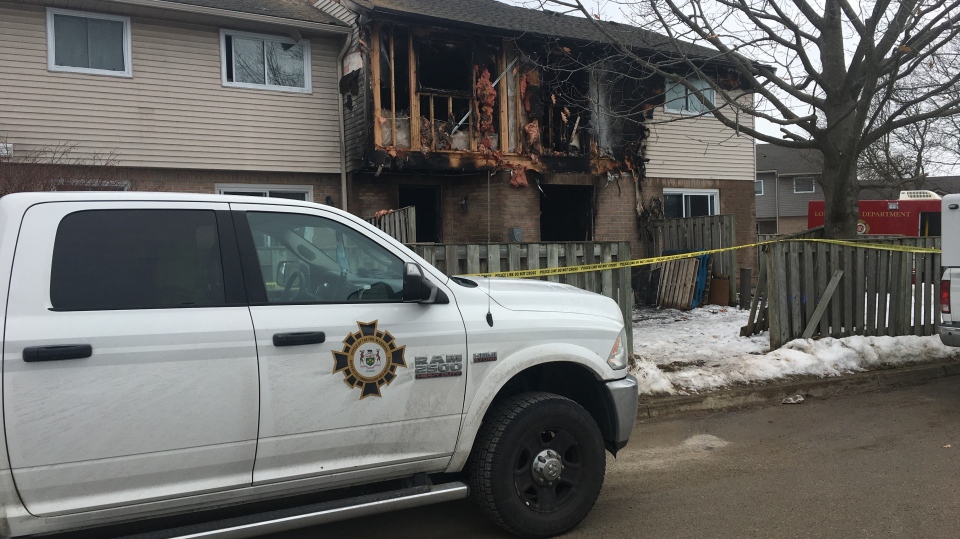 The Ontario Fire Marshal's (OFM) office called in two inspectors to probe the fire beginning Saturday night. They expected to be on scene for a few days.

"Our roles is to assist London police and we are here to determine cause, origin and circumstances of the fire event that has occurred here," says Jordan Froese, an OFM investigator.

Police and security were heavy at the complex and London police confirmed Monday morning that the fire is being considered suspicious and that total damages is set at $1-million.

"As you can see, there is a lot of fire damage which spread within the residence," says Froese.

"We are doing our due diligence, taking photographs and note taking is a lengthy process."

The fire began in unit 19 of the complex. There had been concern as the residents, who have been identified as Fred Grass and Laurie Rulton, had not been seen since the fire started.

However Grass' niece says her uncle has reached out to say he's safe, "He called my aunt last night via payphone and said they are safe and don't know what happened," Carole Grass told CTV News in a Facebook message.

Rulton's sister Heather Rulton also posted a plea online for her sister to reach out, "A family member of Fred received a voicemail from Fred, saying they are alive so a very good start," she posted.

CTV News has heard reports she has since made contact with her family. 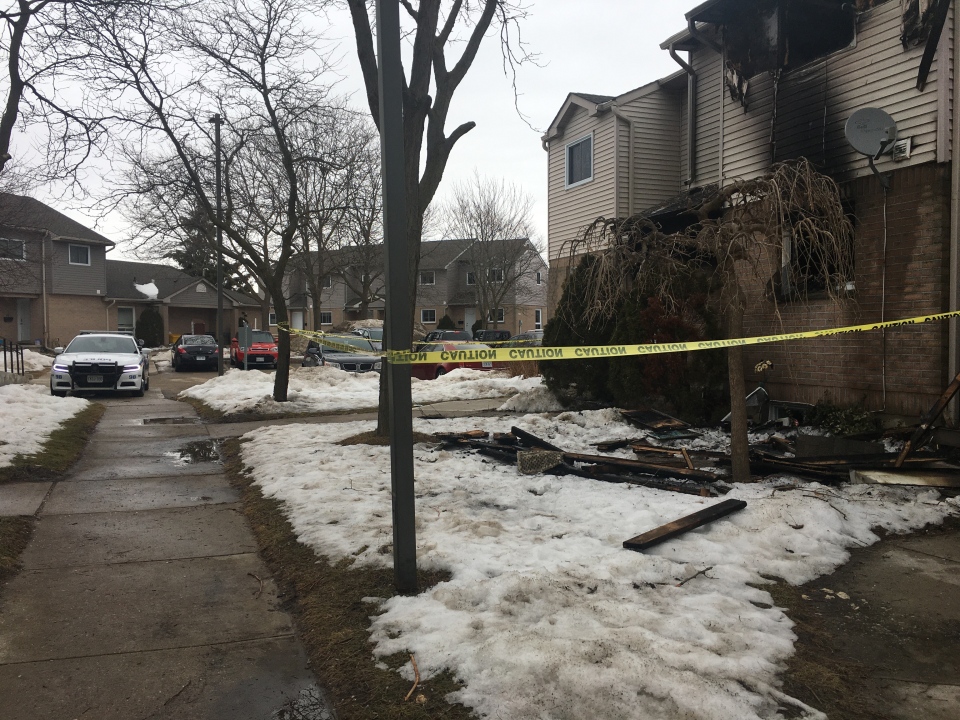 Three adjoining units were all destroyed including McPherson's which was number 20 on the North end.

None of her or her daughter's belongings were salvageable.

"I went there yesterday and the fire marshals wouldn't let me because the CO2 was so bad. We have no beds, no crib anymore, we can't save anything."

She is currently staying with her parents, hoping that her insurance will kick in Monday so she can get a hotel room.

"My parents let me stay here but the apartment is small," says McPherson. "Long term I can't stay here. They can't put two extra people, plus a baby and a dog."

To help her work colleague and friend, Karen Martel started a GoFundMe which has raised thousands of dollars.

"It's to gather essentials and get her through the next week and the week after that," says Martel.

"When you are nine months pregnant you are thinking about what you need to do to start your family. To know there is so many people out there who want to help when you hear about this horrible situation it makes you feel like there is good news out there."

McPherson will begin to look for appropriate housing once her insurance gets her set up in a hotel room. She is overwhelmed by the support from the community since news of the fire spread.

"I definitely didn't expect people to care this much, and I'm so thankful for that."

A fundraiser has also been started for another neighbour, Amberlee Hill, whose home was destroyed after she escaped with her three children.