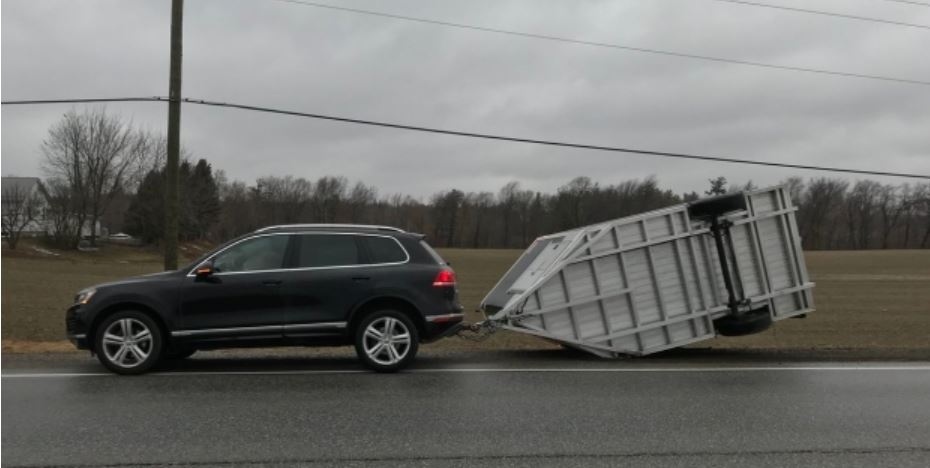 There were downed trees and power lines throughout the London region Sunday as a wind storm wreacked havoc in the area.

In Norfolk County, two vehicles towing trailers had the trailers tip sideways in the wind, the Norfolk fire department said.

One of the incidents was on Highway 3 near Simcoe. There were no reported injuries.

Firefighters from three stations had to rescue a man who had gone onto the Lake Erie ice Sunday to fish.

Norfolk OPP Const. Ed Sanchuk said the 70-year-old man was lucky to be alive as there were many cracks in the thin ice in the area, which was at St. William, southwest of Simcoe.

With a wind warning - gusts up to 119 km/hr were reported at Long Point - and blowing snow advisory throughout the region, OPP urged people to stay off the ice and take caution on roads.

"It's very lucky that we're not dealing with a fatality here," Sanchuk said.

The storm also left more than 25,000 people across the southwest and midwest of Ontario without power Sunday afternoon

Hydro One had prepared for the outages by putting crews on standby.

The storm brought down trees and affected some traffic lights south of London.

Hydro One said people should keep at least 10 meters back of downed hydro lines, even if it does not appear to be live. Call 1-800-434-1235 if lines are dangling, Hydro One said.