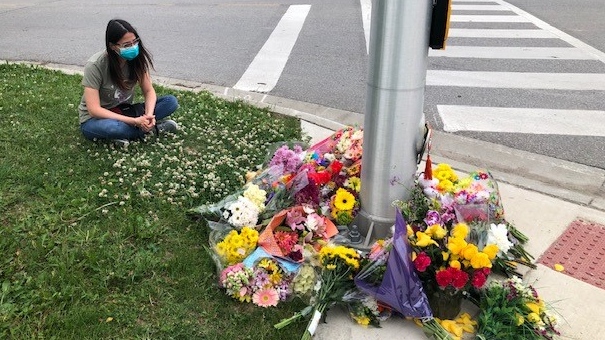 London police are alerting drivers that a section of Hyde Park Road will be closed on Sunday as part of their investigation into the June 6 attack that left four people dead.

Hyde Park will be shut down in both directions from Gainborough Road to Sarnia Road from 8 a.m. to 1 p.m. and some traffic disruption on South Carriage Road is also expected.

Barricades will be in place and motorists are being asked to avoid the area.

Police say the closure will "facilitate a photographic scan of the intersection as a follow-up to an ongoing investigation."

Officials confirmed to CTV News London that the investigation is connected to the vehicle attack on June that left four members of a Muslim family dead.

The family was out for a walk along Hyde Park Road at South Carriage Road when they were struck by a pickup truck.

Nathaniel Veltman, 20, is charged with four counts of first-degree murder and one count of attempted murder in their deaths, an event police say constituted a terror attack against Muslims.

London police say updates on the closure and reopening will be available through social media.