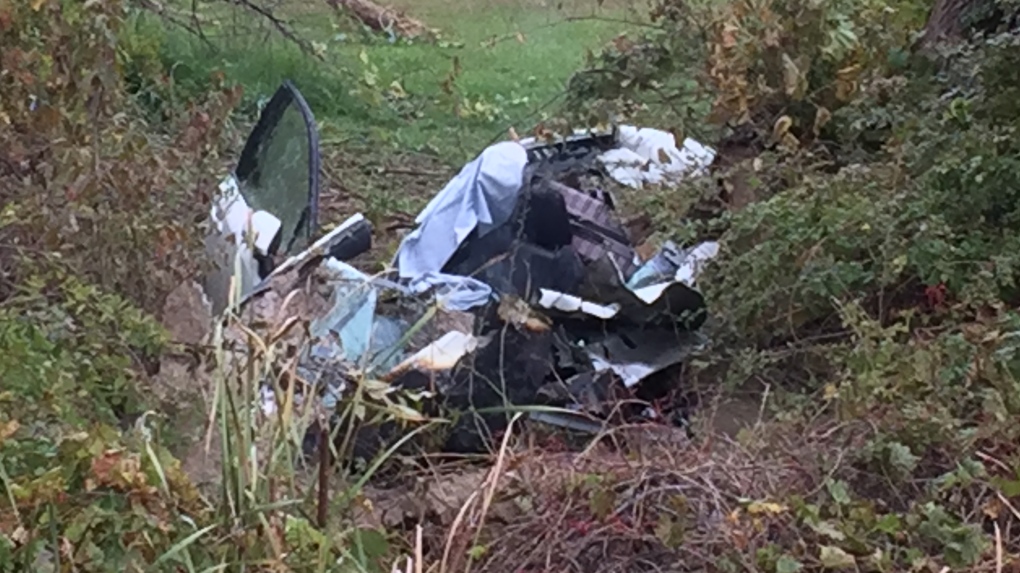 LONDON, ONT. -- One person was airlifted to hospital in serious condition Thursday after a fiery single vehicle crash in the hamlet of Corbett, east of Parkhill.

OPP say it happened at about 1:30 p.m. Thursday. A vehicle was reportedly heading west on Mt. Carmel Drive when the driver failed to negotiate a curve in the road just before Highway 81.

The car ended up in a wooded area on the north side, striking a tree and catching fire.

Hours after the crash smoke could still be seen coming from the vehicle.

The female driver, who has not been identified, had to be removed from the wreckage and was then airlifted to hospital.