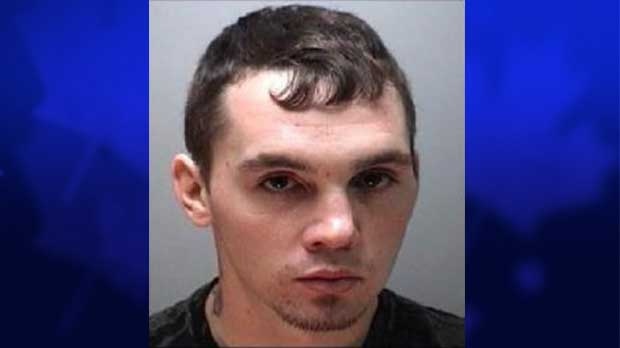 Justin David Field, 23, is seen in this image released by the OPP.

Two men, one wanted by provincial police and another wanted by London police, have been arrested after being spotted at a Goderich restaurant.

Huron County OPP say the men were located shortly after 1 p.m. on Thursday and arrested with the help of several West Region OPP units.

One suspect, Justin Field, fled the restaurant, but was arrested in the backyard of a Gibbons Street residence after a short foot pursuit.

A charge of uttering threats has now been added to that list after Field allegedly threatened to cause bodily harm to the arresting officer. He was being held in custody pending a court appearance on Friday.

The second male, 22-year-old Brandon Weitzel, was wanted by the London Police Service for failing to comply with an undertaking and has been transferred to local custody.