Hundreds of pounds of metals found in vehicle stopped by police 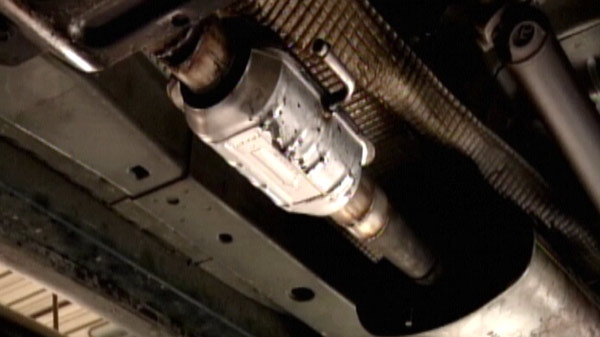 A catalytic converter is seen under a vehicle in this undated image taken from video.

Police say during the past few months, industries on Plank Road that recycle metal have had break and enters where various types of metals have been stolen.

As part of their target directed policing, police conducted extra patrols in this area in an attempt to locate any possible suspects.

Police say on Thursday around 11:15 p.m., an officer observed a vehicle suspiciously parked at a business on Plank Road.  The officer waited for the vehicle to leave the area an hour later and conducted a traffic stop.

Police say the vehicle was heavily weighted down and a search was conducted.

Besides the metals, various break-in tools were found.  It was also noted that a hole was cut into the compound fence where the vehicle was parked when originally seen by the officer.

Two men were arrested and are in custody awaiting a bail hearing.