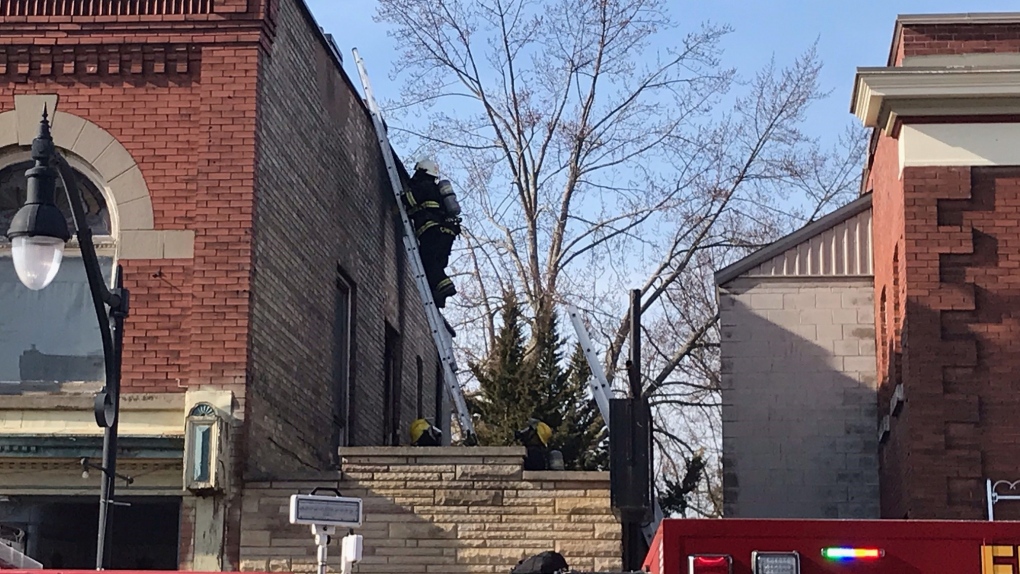 A firefighter ascends a ladder to the roof of a building where one unit was heavily damaged following a fire in West Lorne, Ont., Wednesday, March 10, 2021. (Sean Irvine / CTV News)

MIDDLESEX CENTRE, ONT. -- A fire in an apartment in West Lorne, Ont. remains under investigation after human remains were found Thursday morning.

The fire broke out around 7 a.m. Wednesday in an second-floor apartment in the area of Main Street and Graham Road.

Elgin County OPP, the Ontario Fire Marshal's Office and the Office of the Chief Coroner are now involved in the investigation.

Provincial police say human remains were found on Thursday, and a post mortem examination will be conducted to identify the person and determine cause of death.

Officials say the investigation is in its early stages and they are continuing to try to determine the cause of the fire.

On Wednesday, fire officials initially told CTV News they were conducting an offensive search and rescue attack looking for someone inside.

But after being asked, "And you were able to determine?" Deputy Fire Chief Al Beer responded, "Nobody was in there."

A tenant of the apartment also told CTV News that he had run back into the apartment looking for his girlfiend after his landlord told him the alarm had sounded.