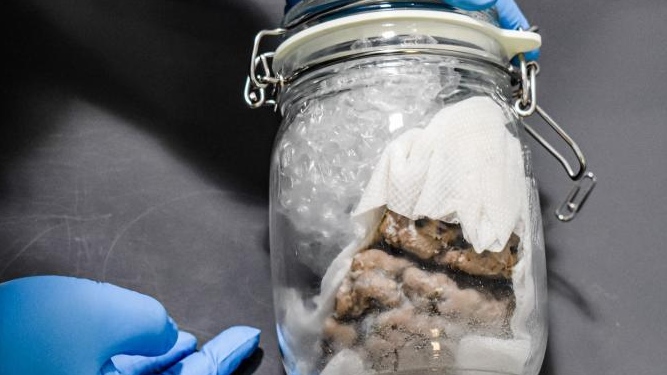 LONDON, ONT. -- U.S. Customs and Border Protection (CBP) officers say they seized a human brain at the Blue Water Bridge in Port Huron that was being transported in international mail.

It was sent for an inspection at the Centralized Examination Station in Marysville.

They say a shipment detailed as “Antique Teaching Specimen” was targeted for inspection. Upon opening the shipment, CBP officers found the package contained a human brain specimen.

It was inside of a clear glass mason jar without any paperwork or documentation in support of its lawful entry into the United States, according to CBP.

The shipment which originated in Toronto and was destined for Kenosha, Wisconsin, CBP says.

“Individuals looking to import shipments such as this, need to remember that the Center for Disease Control and Prevention has a strict import permit program that must be adhered to,” says Area Port Director Michael Fox.