LONDON, ONT. -- A new approach by London police is turning the tide after the COVID-19 pandemic sparked a steep rise in property crimes in the city’s core business districts.

Dubbed Project Custos and Project Blockade expanded foot patrols in Downtown London and the Old East Village (OEV), and utilize crime data to deploy officers where their presence will be most effective.

Since they were launched in February, property crime in those core business districts has to pre-pandemic levels.

"Merchants, we hear you,” says Inspector D’Wayne Price of the London Police Service. “We’ve used the data and the research to drive our response and to make decisions on how we deploy our people.”

The average number of property crimes (theft from vehicles, commercial B&E, mischief) reported each week in the downtown and OEV has dropped from 43 to 38, the same number as 2019.

Specifically, there has been a 38 per cent drop in thefts from vehicles, and 23 percent fewer commercial break & enter occurrences compared to the same period last year (Feb 5 to April 11). 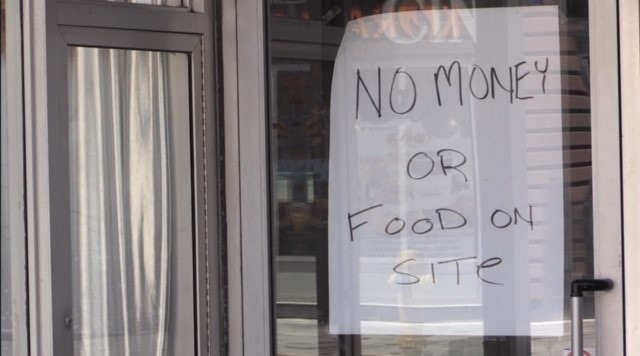 At Uber Cool Stuff on Dundas Place, owner Kayla Gibbens says the rise in crime during the pandemic made a tough financial situation even worse.

“It scares away a lot of customers, and community we can build down here,” Gibbens explains. “I have quite a few regular customers now refusing to come downtown.”

Inspector Price emphasizes that data-driven patrols rely on business owners and the public reporting property crimes to their website.

“To have our officers updated in a timely fashion and know what happened the night before,” he adds.

In addition to enforcement, police have provided free Crime Prevention Through Environmental Design (CPTED) advice to 45 businesses to make them less likely to be victimized in the future.

Officers on patrol also offered to connect vulnerable people with supports and social services 606 times, about two thirds accepted some level of assistance.

Currently, Project Custos and Project Blockade are funded within the existing police budget.

Inspector Price says reaching 2019 property crime levels is just a start. “We are by no means done, this project is not done.”

The core area policing projects will continue with no defined end date.