How London became a 'blue community' 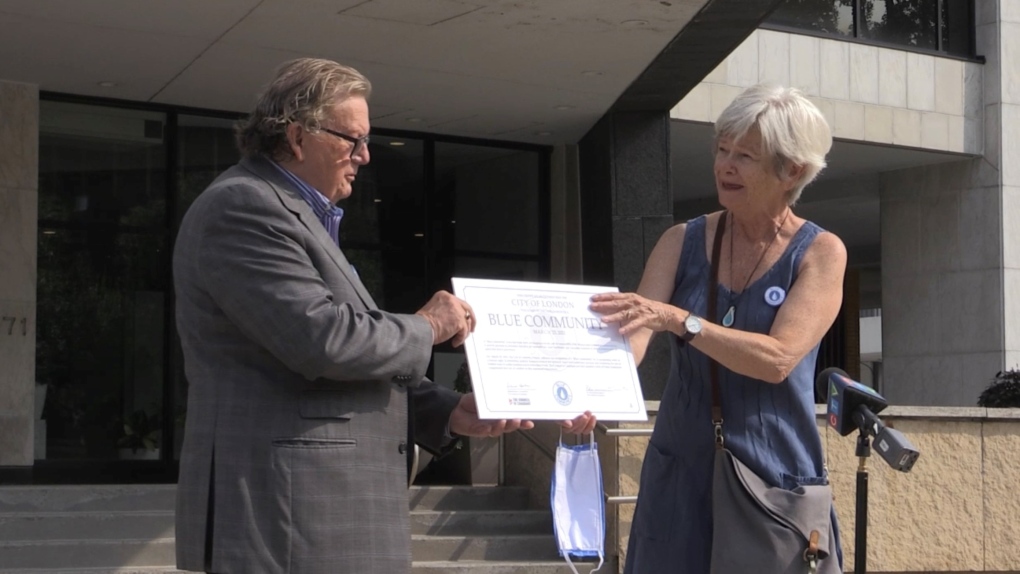 London has been officially recognized as a “Blue Community” for its commitment to safe drinking water.

The Council of Canadians presented a certificate to Mayor Ed Holder and the city’s water department during a ceremony in front of City Hall Wednesday.

The Blue Community Project requires the adoption of the following framework:

“London has practiced these principles for a long time because we believe inherently that water is a right,” Holder said.

“Not everyone in Canada has clean drinking water as a human right. This will be an example to other communities to follow suit.”

The Blue Communities Project began in 2009.

Anti-vaxxers in Quebec could be fined $10,000 for protesting near schools, hospitals

Anti-vax protesters who picket outside hospitals, schools, daycares or COVID-19 test and vaccine sites could face a heavy fine, according to a bill tabled Thursday by the Quebec government.

Former Nazi death-squad member Helmut Oberlander has died in the midst of his Canadian deportation hearing.

Scientists in the U.K. are developing a 'potentially significant' treatment for COVID-19 that could be administered to patients in the form of a nasal spray, thanks to the tiny antibodies produced by a llama.