How do Londoners feel about Ontario's decision to put AstraZeneca on pause?

LONDON, ONT. -- On April 21, Cheri Foster, a London resident, received her first dose of the AstraZeneca vaccine, and she says she would ‘do it all over again.’

“The fact that I have already received it, my concern is what happens now. But I did not experience any of the side effects like clots, I knew the chances were rare.”

Foster said she would rather get the AstraZeneca vaccine than chance it.

“I said OK lets go for it, there is more chance of getting a clot from COVID than the shots.”

Someone who has developed clots, from COVID-19 not the vaccine, is Olympic champion Alex Kopacz.

Kopacz first spoke with CTV News London in late April when he was battling COVID-19 in a London Health Science Centre hospital bed.

He has since returned home, but he is not out of the woods just yet. 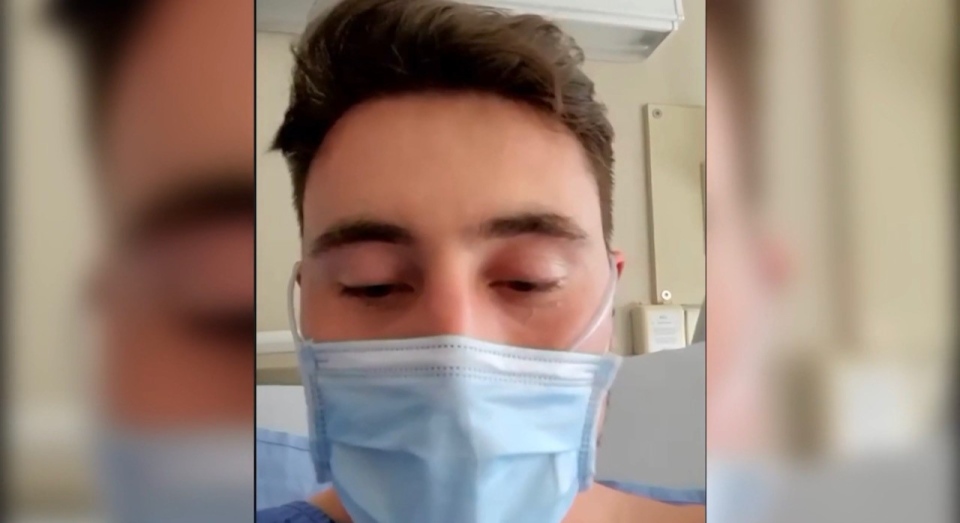 Alex Kopacz is seen at the London Health Sciences Centre in London, Ont. on April 24, 2021.

"It wasn’t even two days outside the hospital and thats when I noticed the first blood clot in my leg.”

"A CT scan showed I had a load of clots in the lungs around the lungs…Even if you do get sick, if you get the vaccine you won't go straight into the red-zone like I did.”

“If you got AstraZeneca you made a good decision to protect your health, family and community.”

He adds that AstraZeneca is safe, but knows that the pausing of the vaccine has caused some overall vaccine hesitancy in the region.

“The trouble with science is that it learns things and it adjusts. So people see that as changing or flip-flopping and it can actually cause a lack of confidence. The reality is that this should build confidence, we do want a system that learns from experience and adjusts and does everything possible to keep people safe.”

Those who have received an AstraZeneca dose will not be left behind.

They’ll receive either a remaining AstraZeneca vaccine, or switch to Moderna or Pfizer, Mackie said.