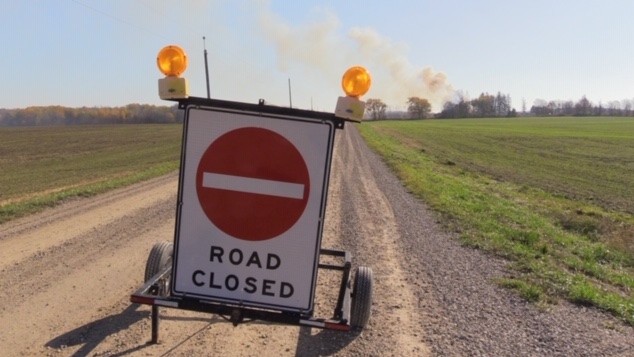 Thick, black smoke can be seen for kilometres, as crews try to contain the blaze.

OPP say there are no injuries as a result of the fire, and the home appeared to be unoccupied at the time of the fire.

The cause isn’t known yet, but isn’t considered suspicious.

A section of Cranbrook Road near Martin Line has been closed to allow tankers to haul water to the scene.

The Ontario Fire Marshal's Office will not be attending.