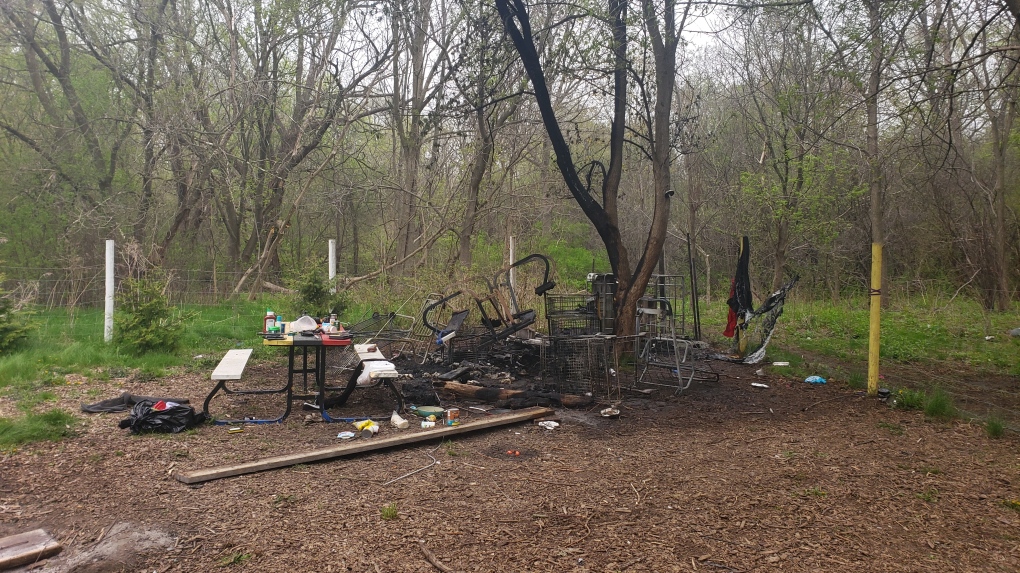 LONDON, ONT. -- Fire crews were called to a blaze early Thursday morning at the Indigenous Medicine and Teaching Garden at South Branch Park in London.

Around 7:30 a.m., a camp set up in the wooded area south of Dillabough Street near the Thames River was set on fire.

A CTV News viewer says he witnessed two people starting the fire and then leaving by bike.

The fire department was called in and was able to get the fire under control before it spread to the surrounding woodland area.

Platoon chief Gary Mosburger tells CTV News there were a number of combustibles on site, but luckily no explosions or injuries.