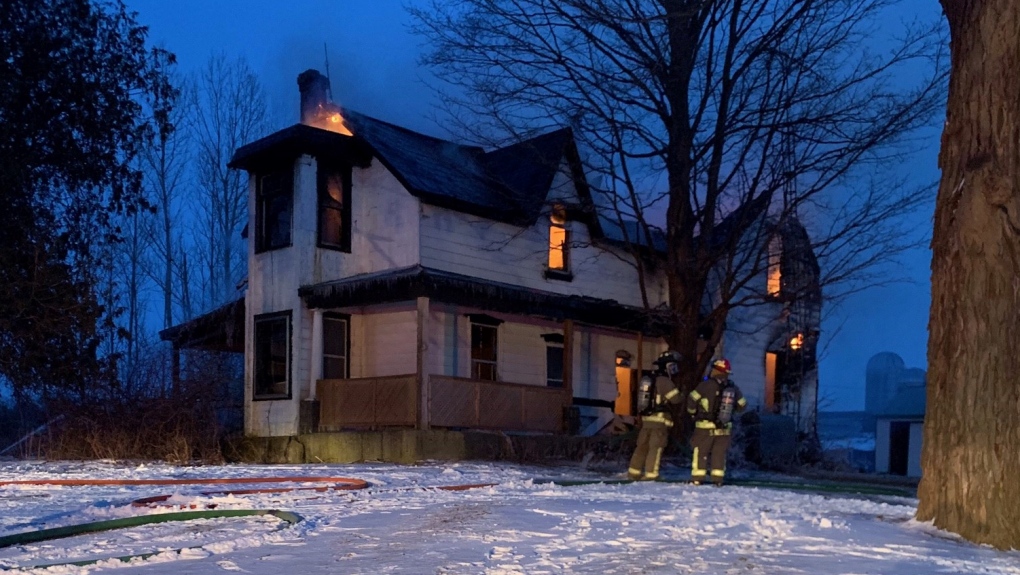 Flames are seen shooting from windows and the roof of a century home on McBeth Road in southwest Oxford on Wednesday, January 27, 2021. (Southwest Oxford Fire Dept.)

SOUTHWEST OXFORD COUNTY, ONT. -- No one was hurt after a fire destroyed a home southwest of Ingersoll on Wednesday.

Southwest Oxford Fire Department District Chief Bill Willford says one man managed to get out of the century home as it caught fire just after 4 p.m.

The home was located on McBeth Road. 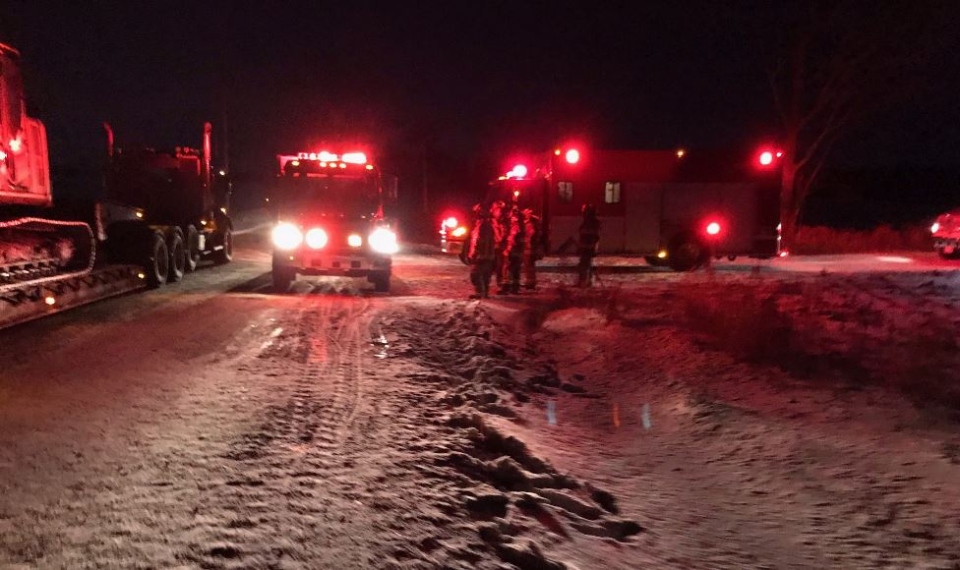 Wilford says the fire was a challenge to fight given the home's age.

“There were pockets and balloon type construction. It makes it very difficult for us.”

An excavator was brought in to knock down the home, leaving nothing but a pile of debris by 8 p.m.

No firefighters were injured.

It is unknown if the home owner was insured.