LONDON, ONT. -- Those behind the project to preserve London’s Holy Roller have revealed some intriguing new photos of the tank.

The pictures date back to before it began its legendary campaign as one of only two Canadian tanks to survive from the D-Day invasion on June 6, 1944, to the end of the war, V-E Day on May 8, 1945.

The pictures, uncovered just three weeks ago by members of the 1st Hussars Regiment, were shared with CTV News Friday.

One of the photos shows the Holly Roller, which has been on static display in London’s Victoria Park since 1956, being loaded onto a landing craft, in England, just prior to crossing to Juno beach, France.

The second shows the Holy Roller in service, within a week of D-Day.

A third shows two members of its crew, in front of the tank, shortly after the hard-fought campaign to liberate Caen, France. 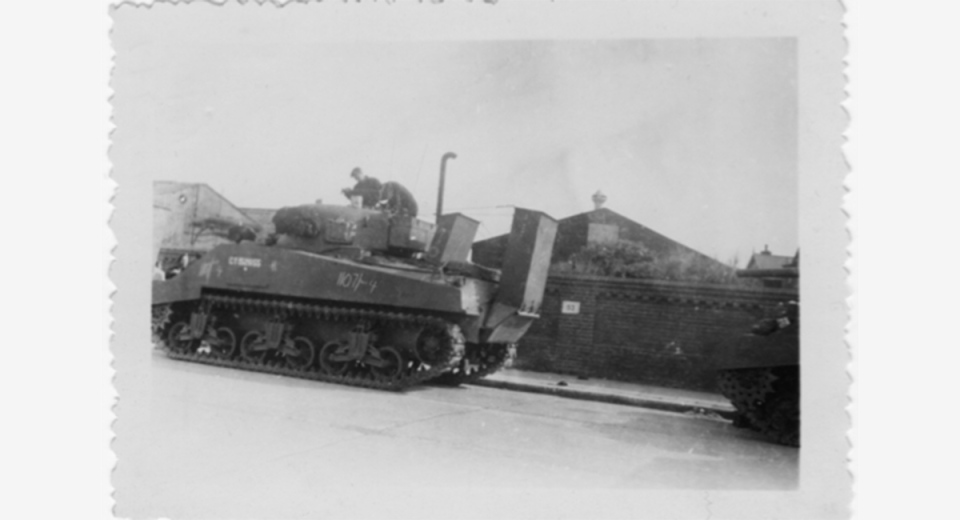 London, Ont.'s famed ‘Holy Roller’ tank is seen, prior to be given the name by its crew, on June 4, 1944. Two days later, she would become a key part of the Normandy invasion. (1st Hussars Association) 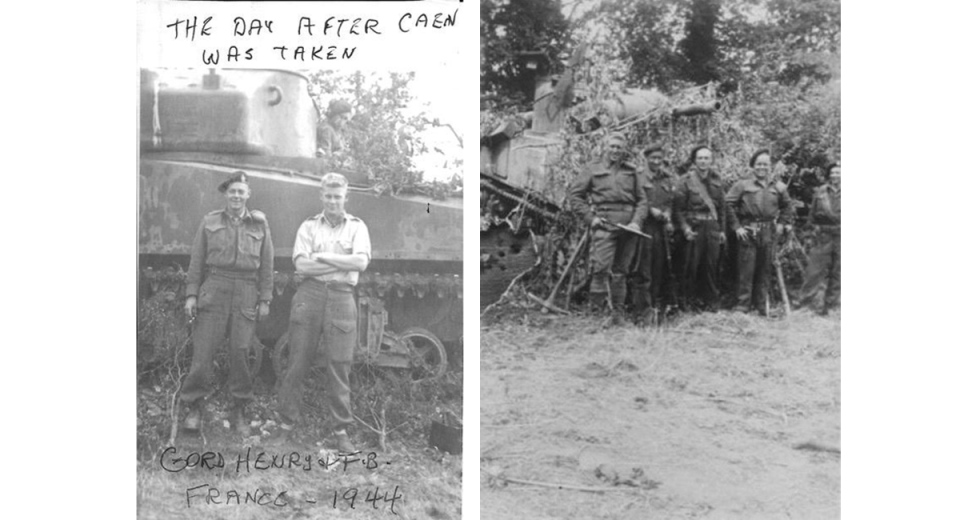 LEFT: The Holy Roller is seen one day after the liberation of Caen, France. At Caen many young Canadian soldiers, including members of the 1st Hussars Regiment of London, Ont. lost their lives. RIGHT: The Holy Roller, camouflaged for battle, is seen sometime between June 7 and June 11, 1944. It's believed the photo was taken during a brief lull a in heavy action at that time. (1st Hussars Association)

1st Hussars commanding officer, Lt.-Col. Allan Finney, says the discovery is substantial to the history of the regiment, and in particular, the Holy Roller.

“We are now able to place it, in a point in time, to see what it looked like, where it was, and really identify who the crews were, which is really important to us.”

The timing for the discovery of the photos could not be more ideal, as a fundraising campaign to preserve the tank was released Thursday.

The campaign’s goal is for London residents, and hopefully London-based companies, to contribute to the raising of $250,000.

The money will be used to restore and preserve the tank for future generations.

The need for the campaign became evident in 2017.

At that time, the Holy Roller, sealed since it was placed in the park, was reopened.

Inside it was determined, beyond the engine, much of the tank is intact. However, time is not on the tank's side. 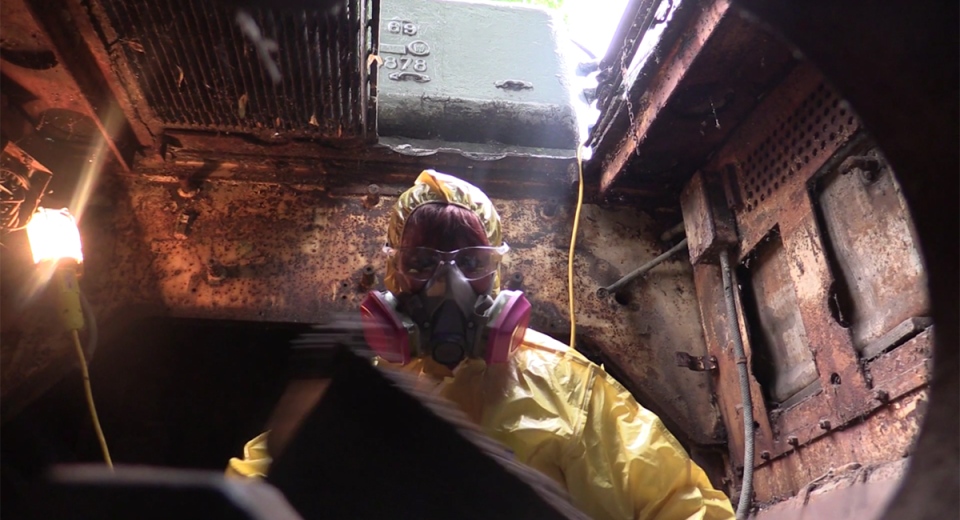 An investigator is seen inside the Holy Roller tank in 2017. The picture shows some of the metal that 1st Hussars members say is danger of rusting away if the tank is not preserved quickly. (CTV News Archives)

Retired lieutenant-colonel Ian Haley says 50 per cent of the metal on the body is gone, and if nothing is done, the Holy Roller will destroy itself.

“If we don’t take it off, preserve it, bring it back, then within 10 or 15 years, the weight of the turret will just eventually crush the rest of the tank.”

The fundraising campaign runs through June of next year, precisely the same time the Holy Roller is slated to be removed from Victoria Park and taken for its one-year retrofit.

Neither the method of how it will be removed, or the firm who will do the work has been finalized, but Haley says the job will be done “by Londoners, and London and area people.”

Ideas suggested to remove the tank include a crane, and rolling the 'Roller' right out of the park on dollies.

After a one year absence from Victoria Park, the Holy Roller will return in time for the 150th Anniversary of the 1st Hussars Regiment in 2022.